The Great Empire of the Medes 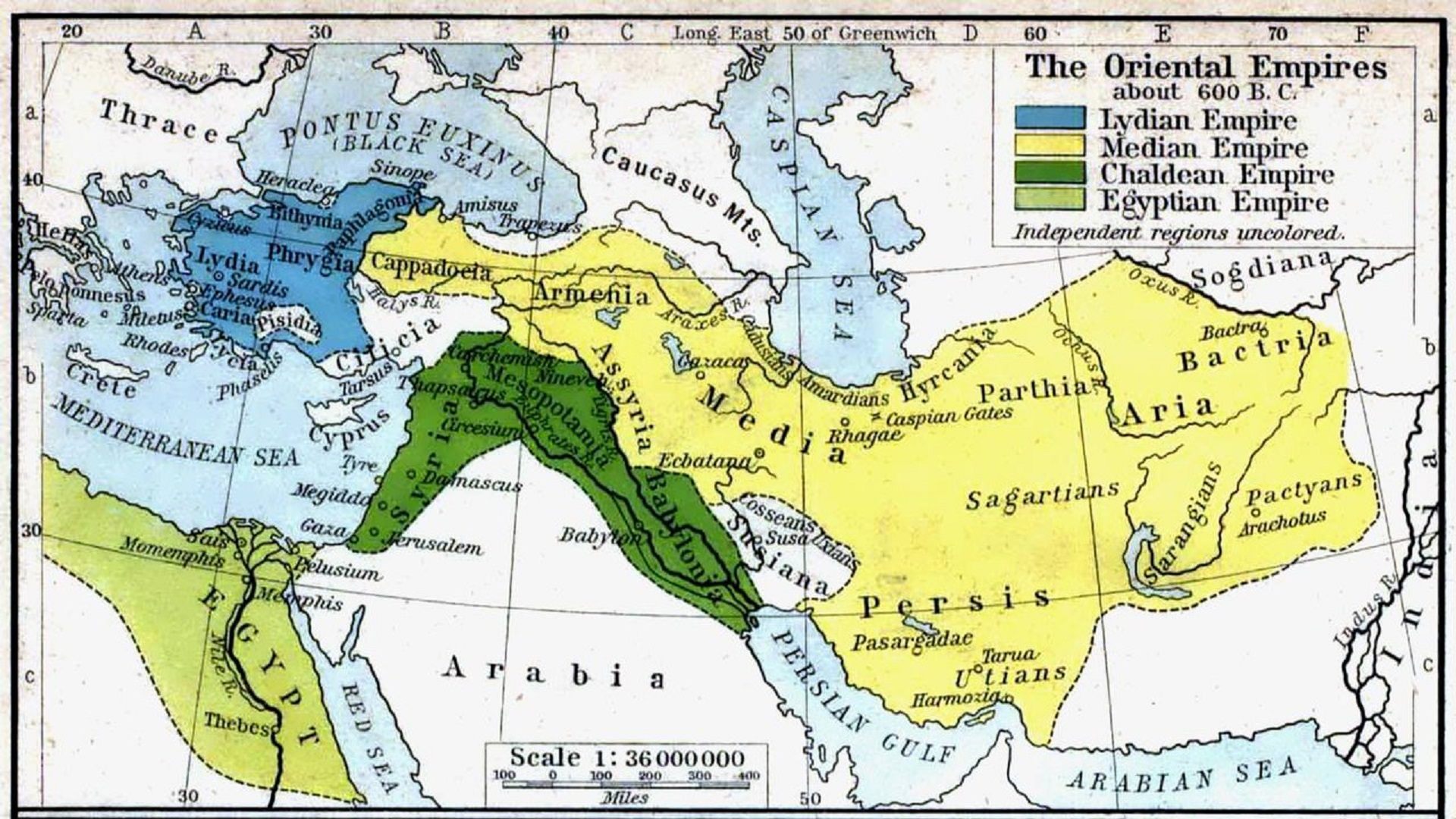 It is believed that the Medes were originally inhabiting the regions of Bukhara, Samarkand and the eastern Caspian Sea regions, but they were displaced from there, perhaps due to the drought that hit those regions at that time and the successive attacks of the Mongol tribes.

At first they were made up of six tribes, the Busae, the Paretaceni, the Struchates, the Arizanti, the Budii, and the Magi. The Greek historian Herodotus (Herodotus) considers the Medes to be one of the Aryan people.

According to the evidence and the statements of explorers and historians, the Medians were not Persians despite the similarity of the language.

According to what was mentioned in the book of Dr. Ziar (Iran, Revolution in Recovery) around 1500 BC, two main tribes of Aryans migrated from the Volga River north of the Caspian Sea and settled in Iran. These two tribes were the Persians and the Medes. The Medes settled in the northwest of Persia, while the other settled in the south of Persia, thus that region was called the land of the Persian.

The Medes settled in the area of the Zagros Mountains in the northwest of Persia, which is now known as the Kurdistan region. According to the current map, the region includes Kurdistan and Azerbaijan. Due to the abundance of waters in this area and the fertility of its lands, they relied on grazing, livestock and agriculture, and extracted copper, tin, lead, marble, gold and precious stones from the mountains of the region. The Medes were able to expand and spread quickly and control the neighboring lands, thanks to their alliance with the tribes of the region, their courage in fighting and their skill in equestrianism, they controlled the territories of Kurdistan, Azerbaijan, Lorestan Province, and the northern part of the Ahwaz region.

The successive attacks of the neighboring powers posed a threat to the Median tribes, so it was necessary to form a strong and organized army.

King Deioces  led the Median army, and he was able to achieve military and strategic victories one by one, thanks to which he was able to establish a great empire and took the city of Ecbatan, which is the current city of Hamadan located in Kurdistan of Iran as its capital. The word Ecbatan in the Yezidi Kurdish language means “white carpet”.

The ability of the Median Empire to expand at that speed within a few decades was due to the enormous military power that characterized it, as it was composed of regular and specialized units, for example they had specialized units of (archers, spearmen, cavalry) maneuvered according to tactical criteria: the era of heroic, individual, noble combat with chariots was definitively overcome in this area.

The king cared a lot about the army and was supportive of the military class and had a direct influence on the troops, knowing that his strength lay in the strength of the army, although he was officially dependent on religious principles, as they were Zoroastrians.

In 612 BC, the Medes managed to defeat the Assyrian army and destroy their capital at Nineveh. The Medes had become overwhelming forces in the region and posed a threat to the neighboring empires, and this prompted the Babylonian king to marry the daughter of the Medes emperor Cyaxares. The Medes continued to expand in the region until the Achaemenid king Cyrus rebelled against the Medes and achieved a great victory over them in 553 BC. It is Known that King Cyrus was from a Median mother (daughter of Astyages, King of Media) and Achaemenid father.

Historians have proven that the homeland of the Medes was the regions of the Zagros Mountains and that they were from the Aryan tribes and their language was one of the Aryan dialects.

The Russian historian and linguist Vladimir Minorsky has suggested that the Medes, who inhabited the territory of the Zagros on a large scale where the Kurds currently constitute the majority of the population of those regions, may have been the ancestors of the modern Kurds. He also mentions that the Medes who conquered the region in the eighth century BC were linguistically similar to the Kurds. This view was accepted by many Kurdish nationalists in the twentieth century. Many Kurds believe that the Medes are their ancestors, and this is mentioned in the Kurdish national anthem.