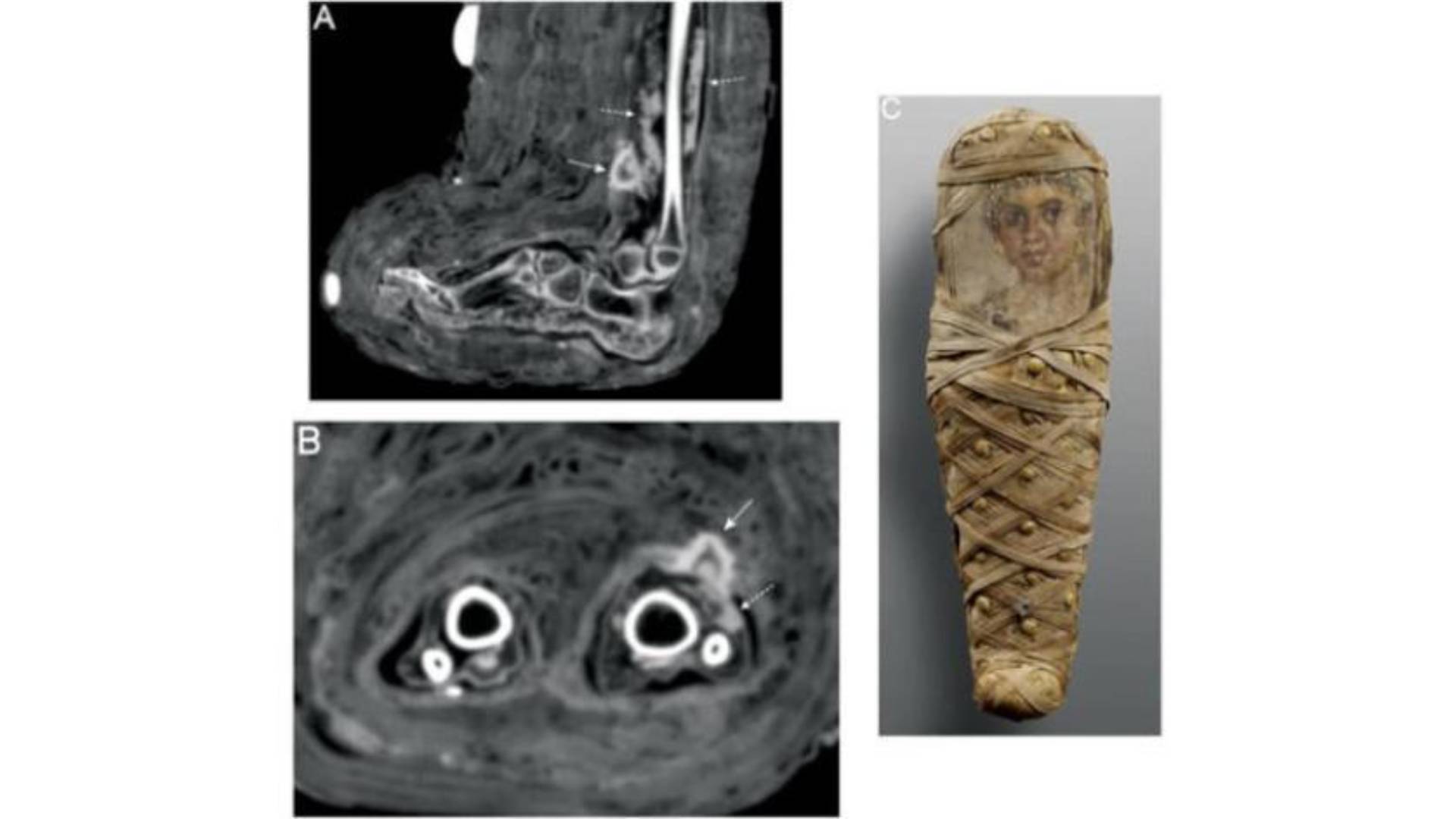 An international research team from Germany, Italy and the US have announced the first-ever discovery of an ancient Egyptian dressing. (International Journal of Paleopathology)

An international research team from Germany, Italy and the US have announced the first-ever discovery of an ancient Egyptian dressing.

They found the “bandage-like structure” in a female child mummy, one of 21 child mummies included in the study. The International Journal of Paleopathology will publish the study in the volume that will be released in March. It published a summary on its website a few days ago.

In the summary, the researchers say that the treatment was reported in the Edwin Smith Papyrus, a medical text from ancient Egypt (ca. 1650–1550 BCE), but this is the first to “physically note an original ancient Egyptian dressing” in an Egyptian mummy.

The mummy is of a two-and-a-half to four year-old girl. Using computed tomography (CT) imaging, they were able to see a bandage-like structure at the left lower leg that is most likely a dressing of a skin lesion.

As the mummy was completely wrapped by thick layers of textile, the bandage is believed to be original.

The researchers also noticed that the dressing “overlies masses within the adjacent soft tissues, which are consistent with dried pus, thus indicating the individual had purulent cellulitis or abscess.”

Most of the 21 child mummies included in the study date back to the Ptolemaic Period (332–30 BCE) and Roman Period (30 BCE–395 CE). They estimate that children’s ages at death ranged from around one to 12–14 years, with a mean of 4.8 years. According to their assessments, 12 of the children were male, and seven were female, while two of the children’s sex could not be determined. They also found radiological evidence of purulent infections in three of them.

Among the purulent infections found was purulent sinusitis in a child aged between nine and eleven (Ptolemaic–Roman Period), with the researchers coming to this conclusion based on CT imaging that demonstrated dried masses, especially in the basal parts of both maxillary sinuses.

The researchers also found a dried fluid level in the enlarged capsule of the right hip in the mummy of a two to three-year-old boy (1st–2nd century CE), likely indicating dried pus in septic arthritis.