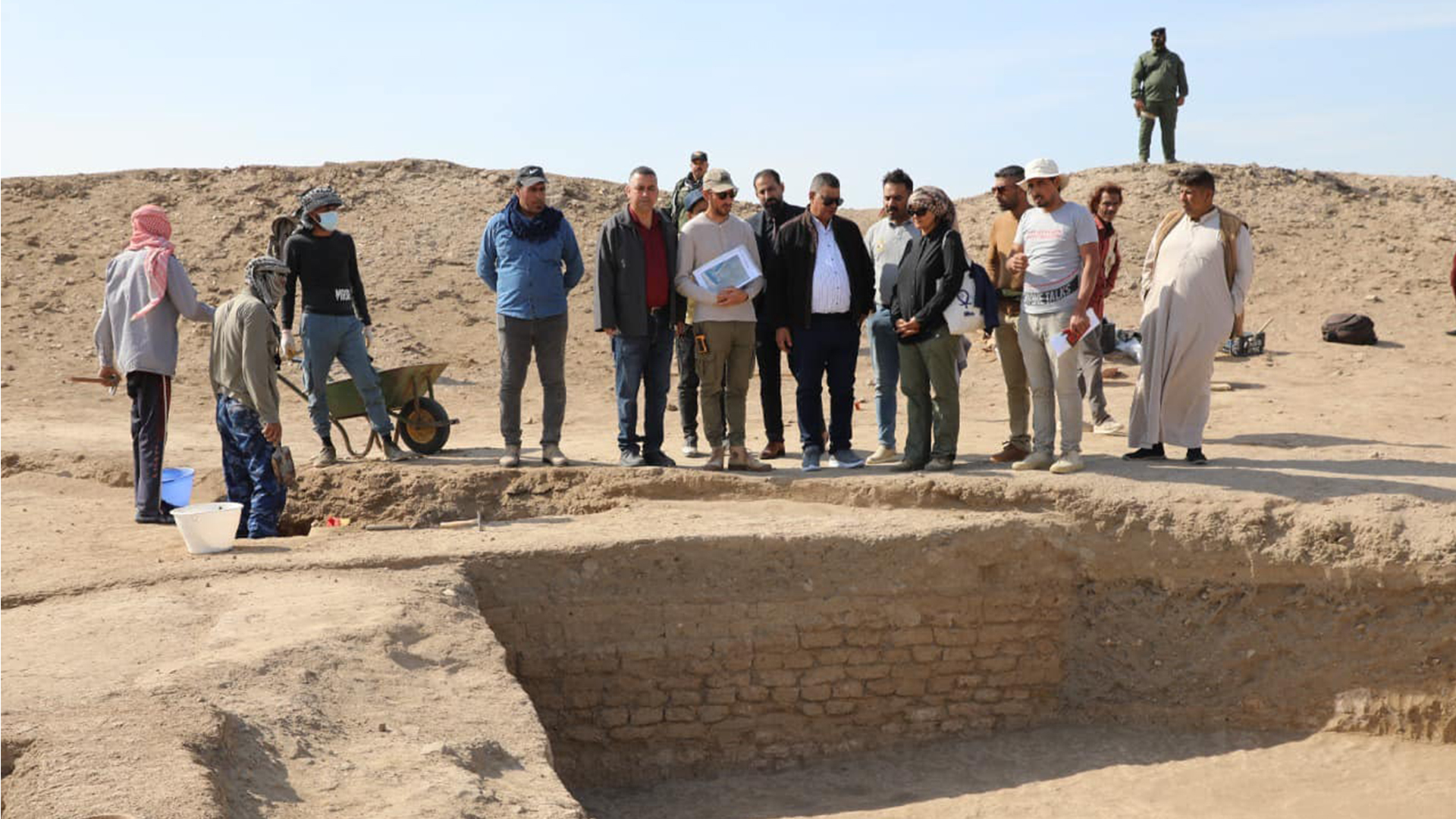 The Director General of Excavations and Investigations Department, Ali Shalgam, on Sunday announced that they have discovered 800 artifacts dating back to different eras during an the excavation mission in the Nasiriyah governorate.

In a statement by the Ministry of Culture, Tourism and Antiquities, Shalgam said that the British mission working in the archaeological site near Nasiriyah governorate found more than 800 artifacts dating back to different historical eras, such as the era of the dawn of the dynasties, Lagash and Ur III.

Shalgam pointed out that the artifacts that were found consist of dolls, pottery pots, jewelry and various clay figures.

He stressed that the British mission had found important discoveries in its excavation work at the site, and its results would be announced soon after the end of its excavation process.