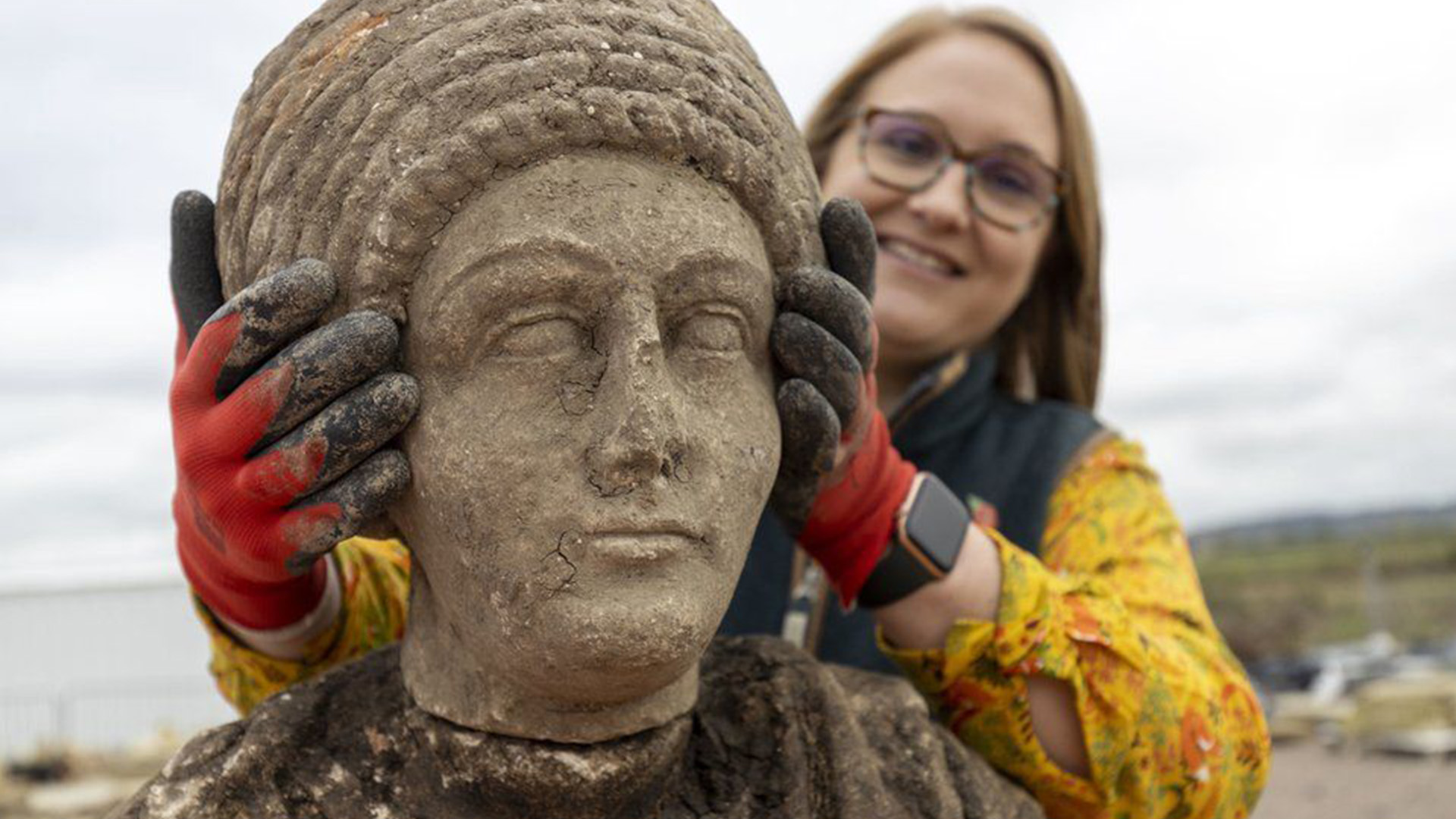 Archaeologists have uncovered an "astounding" set of Roman sculptures on the HS2 rail link route.

Two complete sculptures of what appear to be a man and a woman, plus the head of a child, were found at an abandoned medieval church in Buckinghamshire.

The discoveries at the old St Mary's Church in Stoke Mandeville have been sent for specialist analysis.

"To find one stone head or one set of shoulders would be really astonishing, but we have two complete heads and shoulders as well as a third head as well," said Dr Wood.

"They're even more significant to us archaeologically, because they've actually helped change our understanding of the site here before the medieval church was built."

A hexagonal glass Roman jug was also uncovered with large pieces still intact, despite being in the ground for what is thought to be more than 1,000 years.

A vessel on display in New York's Metropolitan Museum of Art is the only known comparable item.

Dr Wood added: "They are so significant and so remarkable that we would certainly hope that they will end up on display for the local community to see."

Archaeologists have been working on the site and about 3,000 bodies have been removed from the church, which dates back to 1080, and will be reburied elsewhere.

Since work began in 2018, the well-preserved walls and structural features of the church have been revealed, along with unusual stone carvings and medieval graffiti including markings believed to be sun dials or witching marks.

It is believed that the location was used as a Roman mausoleum before the Norman church was built.