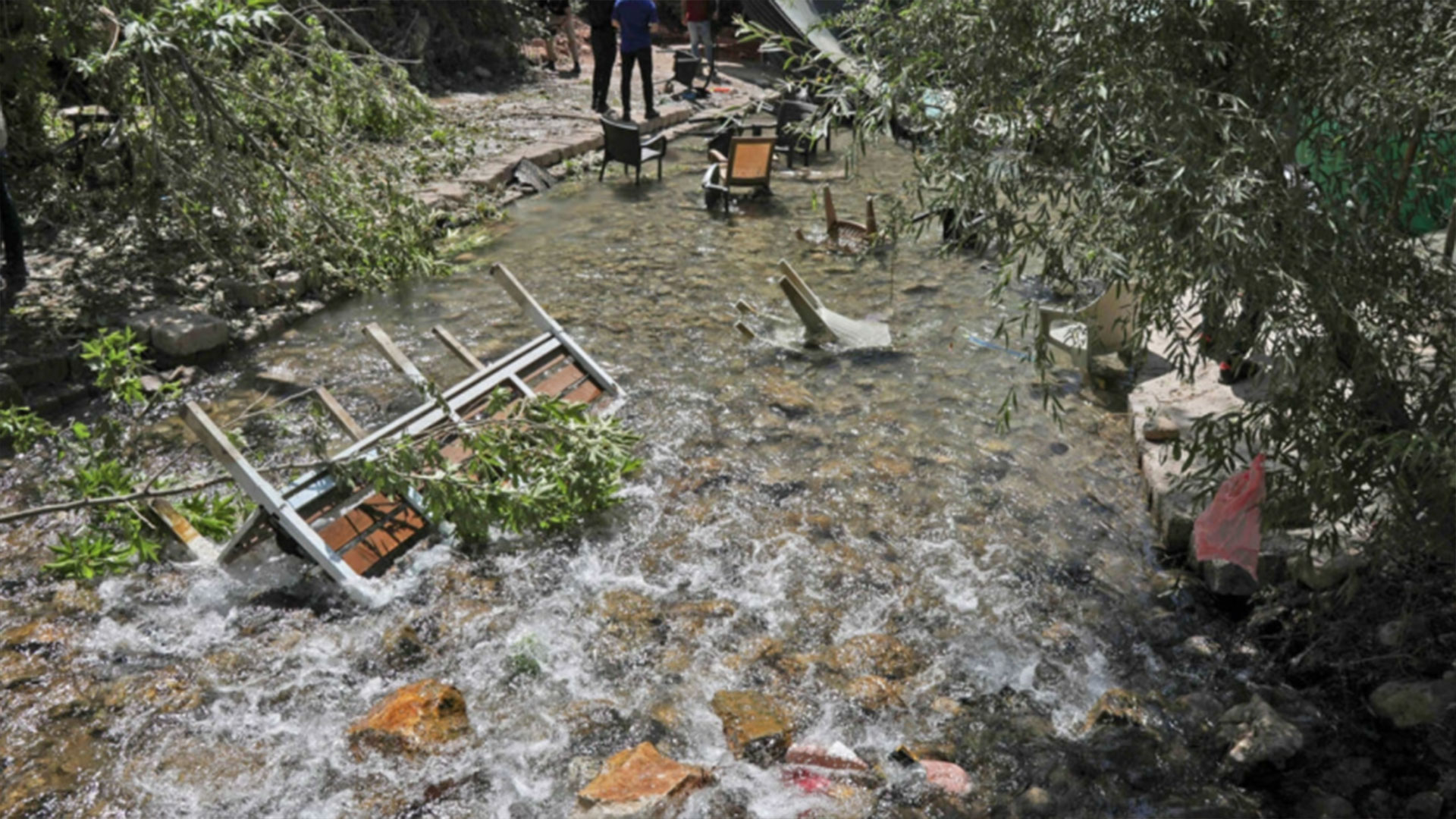 Abandoned sandals and upturned chairs attest to the panic that gripped this peaceful rest spot in Iraq’s Kurdish mountains when deadly shelling slammed into it this week.

Turkey denies that its forces were responsible for the artillery fire that killed nine people and wounded 23 on Wednesday.

But both the government in Baghdad and the Kurdish regional authorities, who organized a press tour of the lunch spot in the border village of Parakh, have said Turkish forces were to blame.

Civilians have been repeatedly caught up in the crossfire of Turkey’s nearly four-decade-old war against the Kurdistan Workers Party or PKK, which has repeatedly extended across the border into northern Iraq.

It is easy to understand why this mountain village less than 5km from the Turkish border is so popular with holidaymakers and day-trippers from the scorching plains of Iraq.

A mountain stream runs through the village watering a tree-lined valley that provides welcome shade from the heat.

Now the stream is filled with upturned tables and chairs from the riverside restaurants where the artillery bombardment sowed panic.

“We didn’t know what to do,” said shopkeeper Ali Osman. “Things were so bad that families were fleeing leaving their children behind.”

Osman said that business had been good but he didn’t know how much longer it could last.
“Arab tourists (from the plains of Iraq) come here a lot,” said the 52-year-old, sporting traditional Kurdish dress.

“Daily we receive about 100 coachloads of day trippers and then there are those who come with their own vehicles.

“In our village there are around 35 houses. I don’t think we can live here any longer. We are going to have to leave the village.”