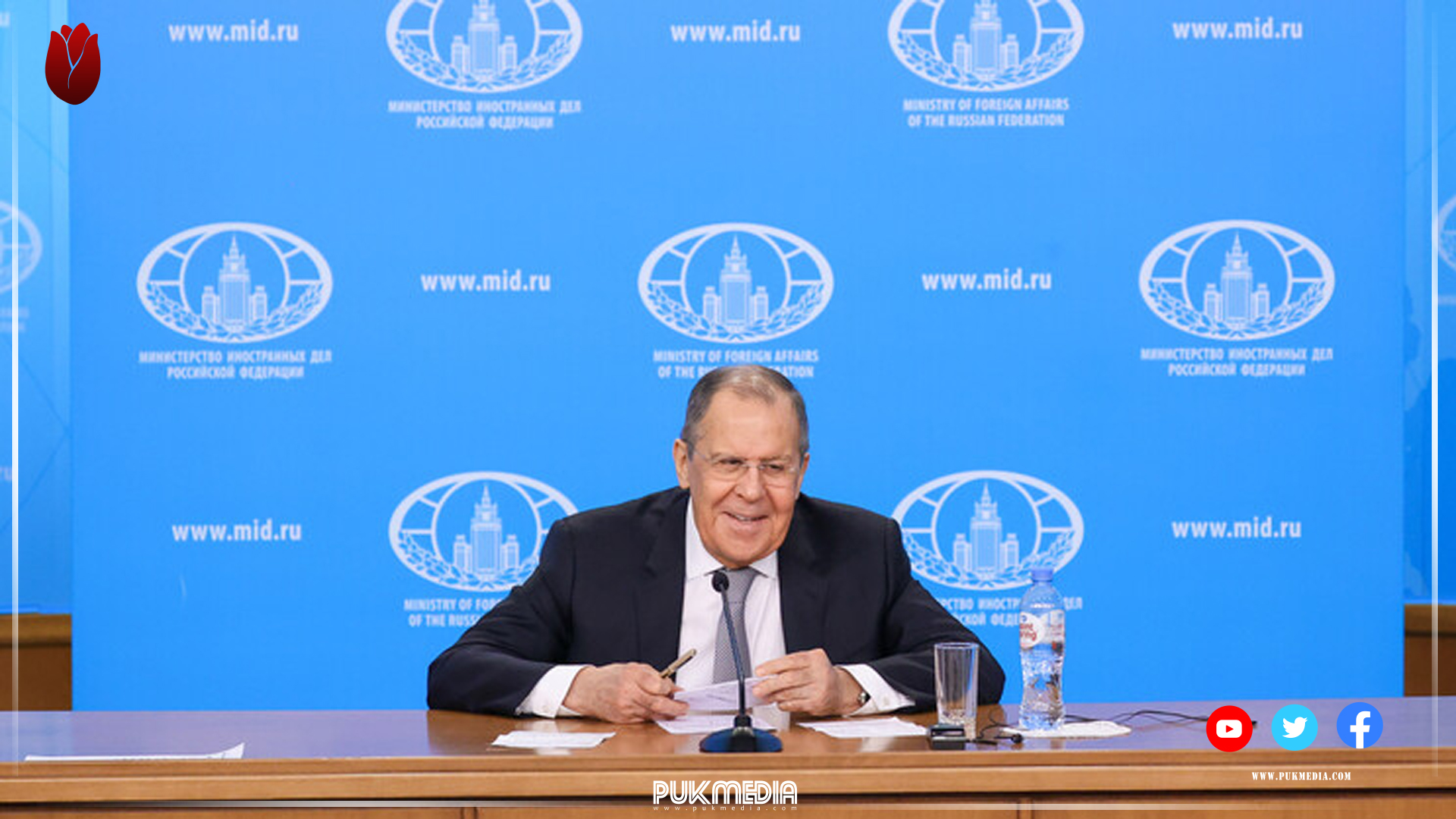 Russian Foreign Minister Sergei Lavrov called on the Kurds in Syria to dialogue with the Syrian government.

During a press conference on the results of Russian diplomacy in 2021, Lavrov said that Moscow, in contact with the  Executive Council of the Syrian Democratic Council, Ilham Ahmed, and her colleagues, seeks to "clarify the necessity of launching a serious dialogue with Damascus regarding the conditions in which the Kurds will live inside the Syrian state."

He pointed out that there is some reservation on the part of the Syrian government regarding the Kurds, explaining that Damascus has not forgotten that the Kurds followed an opposing approach in the previous stages of the conflict.

Lavrov stressed that the goal of diplomacy lies in "overcoming the past and establishing relations for the future," noting that Syria in this matter may benefit from the experience of neighboring Iraq.

He indicated that two years ago, during his visit to Damascus and Erbil, he strongly supported the idea of intensifying contacts between the Kurds of Syria and Iraq, so that the Kurds of Iraq exchange their experience more actively with their Syrian brothers.

The Kurdish cause is Syria is far more complex than what is seen as Russia is a key backer of Syrian President Bashar al-Assad. Turkey and its proxies control stretches to northern Syria, including parts of the provinces of Aleppo and Idlib, as well as areas around Sari Kani (Ras al-Ain) and Gire Spi (Tel Abyad) in the northeast, which Turkey seized from Kurdish SDF forces in a 2019 offensive.

The minister admitted that currently, the Kurdish issue includes one of the obstacles to launching comprehensive negotiations on settling the conflict, explaining that the Constitutional Committee, which holds its meetings in Geneva, includes several Kurds, but they do not represent all Kurdish parties in the country.

Lavrov reminded that when the administration of former U.S. President Donald Trump announced its intention to withdraw forces from Syria completely, the Kurds immediately contacted Russia with a request for their help in launching a dialogue with Damascus, but their interest disappeared as soon as Washington reviewed its decision, adding, "This is life, but the horizon should be broader for the Kurdish politicians...There is no doubt that the Americans are not the ones who will determine the fate of Syria."

For his part, Fethallah Husseini, a member of the Central Committee of the Kurdish Left Party in Syria, confirmed that the ball is in the court of the Syrian government and that it should initiate dialogue with the Kurds.

In an interview with PUKmedia, Hosseini said, "We have sent delegations to Damascus to negotiate all the issues in the Syrian crisis more than once, politically and militarily, but we did not receive a serious answer from the Syrian regime, so the ball is in its court. It must initiate a dialogue with the Autonomous Administration politically and SDF militarily, because these forces have proven their worth in combating terrorism and protecting civil peace in north and east Syria, and the Autonomous Administration is also a political project that has proven successful in light of the sectarian war in Syria.