Narmin Ghafur: Unity of Kurds is necessary to consolidate their rights in Iraq 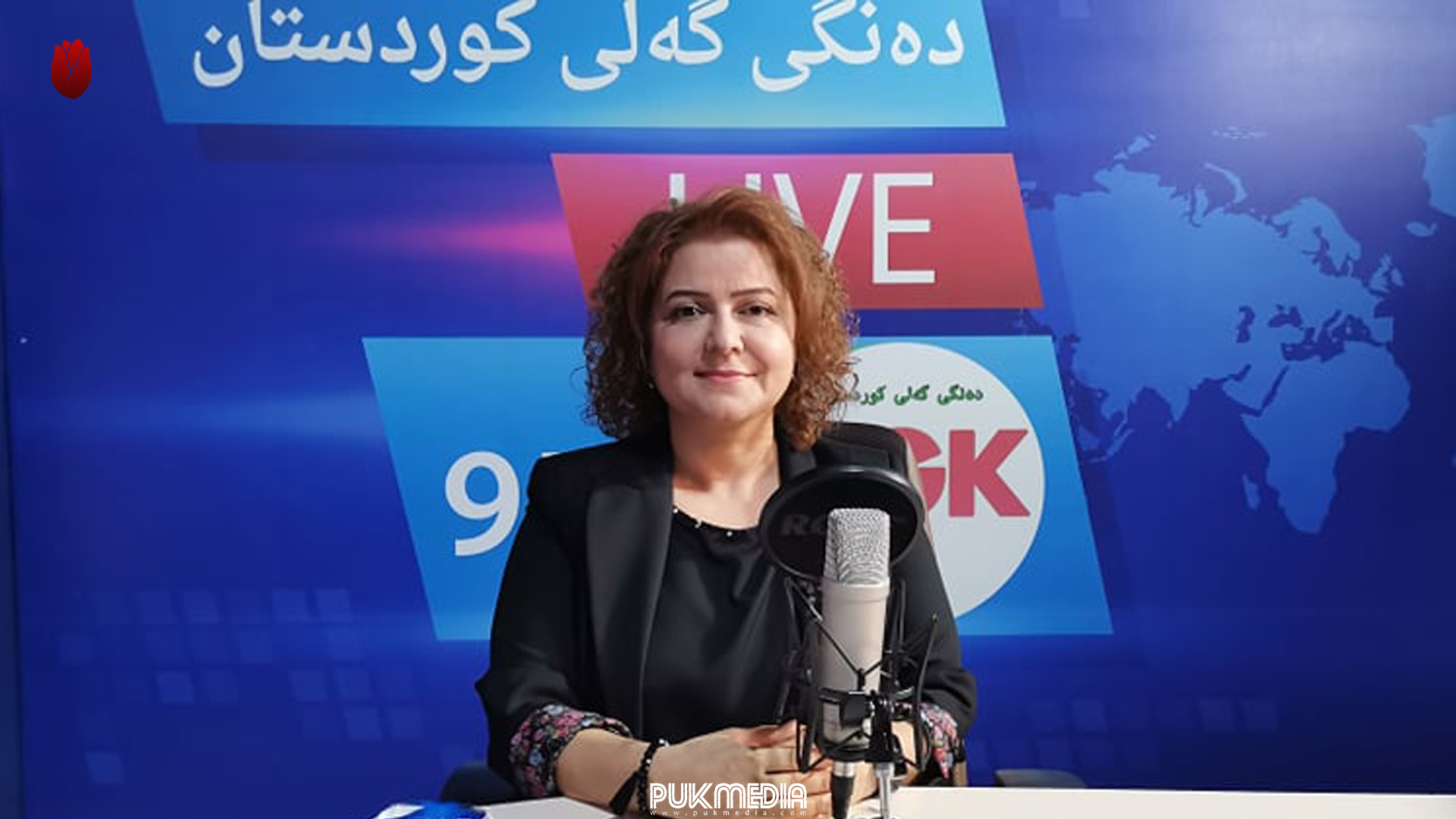 Dr. Narmin Ghafur, PUK and Gorran's Kurdistan Coalition candidate for the upcoming Iraqi elections, stressed the necessity of Kurdish unity to achieve the demands of the people of Kurdistan under the Iraqi parliament dome.

Dr. Narmin Ghafur said during an interview on the "Jisr al-Ruwaa" program, which is aired on Gali Kurdistan radio:

"Kurdistan Coalition aims to unify the Kurdish ranks and create a kind of greater negotiation power in dialogues with the Iraqi political forces under the Iraqi parliament dome to obtain more rights and entitlements for the people of the Kurdistan Region and consolidate their rights in Iraq, especially in the budget and the Kurdistan Region’s share in it."

"There are two main factors for continuing of the state of reconciliation and understanding between the Region and Baghdad, the first factor is that there is a sincere intention from both sides to implement the agreement terms and abide by what it stipulates.”

"The second factor is related to the head of the dialogue delegation of the KRG, Qubad Talabani, the deputy prime minister of the KRG as during the recent dialogues, he was of a high spirit and pledged to continue visiting Baghdad and dialogue until the demands of the people of Kurdistan are achieved and an agreement was reached," she added.

"He was able to fulfill his promise and agree with Baghdad, and now he has the experience and ability to engage in other dialogues in the future,"  she pointed out.

"The people of Kurdistan and the political parties in the region must support Qubad Talabani in his dialogues with the federal government and Iraqi political forces," she explained.

"The more the Kurds have a unified stance and one vote, the more additional force Qubad Talabani will have to rely on in the coming stages of the political process and the Region's dialogues with the federal government," she concluded.

Last June, the negotiating delegation of KRG headed by Qubad Talabani, deputy PM of the KRG, and officials from Iraq’s federal government have agreed to joint mechanisms to implement the 2021 Federal Budget Law which the parliament passed in March.

The agreement came years after Baghdad cut the Kurdistan Region's share in the budget due to differences with the KRG.

Hundreds of thousands of Iraqis took to the streets in Baghdad and the southern provinces to vent their anger and frustration at the government's inability to fight corruption and provide them with security and stability since late 2019.

Demonstrators have been calling for an end to endemic corruption by a political class that is largely seen as having squandered Iraq's resources through greed and mismanagement. The protests were violently quelled resulting in the death of hundreds and injury of thousands and resulted in the resignation of former Prime Minister Adil Abdul-Mahdi.

After he was appointed new Prime Minister, Mustafa Al-Kadhimi vowed to meet the demands of protesters by holding early elections on June 6, 2021, nearly a year ahead of schedule, when he took office last May. These were later postponed to October 10.

The delay was due to "technical" requirements, Al-Kadhimi said in January in a proposal submitted to the Cabinet to ensure a transparent electoral process.