Kurdistan between Hana and Mana 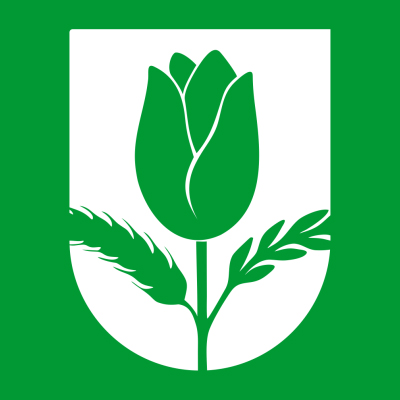 Separating the stream of people's lives from the course of political cases is the best way to manage the financial and salary challenges that the Kurdistan Region is facing in Baghdad because it prevents the administration from turning into a political tool.

President Bafel Jalal Talabani submitted this proposal to the political parties governing Iraq and Kurdistan on behalf of the Patriotic Union of Kurdistan (PUK) and the socioeconomic desires of the Kurdish people.

Due to the PUK President's frequent meetings in Baghdad, his meetings with Prime Minister Mohammed Shia' al-Sudani, and the top officials of the State Administration Alliance, this objective has evolved into a code for resolving issues and strengthening ties between the Kurdistan Region and Baghdad and without it, it would be difficult to take down the wall separating Erbil and Baghdad. President Bafel's proposal combines a legitimate concern with a distinctive vision.

Thanks to the efforts of the Kurdistan Regional Government (KRG) team led by Qubad Talabani, who also provided the course of action for this solution to a safe shore, the Kurdistan portion was incorporated into the Iraqi budget in 2021.

Unfortunately, the Kurdistan Democratic Party (KDP) team in the KRG and some ruling parties in Baghdad are proceeding in the wrong direction, making it difficult to resolve financial problems, boost trust, and uphold the rights of the Kurdish people which the permanent constitution of the nation has stipulated and the agreement to form the current cabinet and its agenda with the insistence of the PUK negotiating delegation have emphasized.

Sadly, this atmosphere encourages irresponsible political maneuvering on economic and financial issues. The delay in receiving their financial dues would cost the Kurdish people dearly.  It is clear why some bad actors in Baghdad are providing excuses as they have chauvinistic ideas against Kurdistan, but why is it that the KRG, which is completely under the rule of the KDP, not ending these excuses?

In fact, if the KDP has any regard for the needs of the Kurdistan people, why does it manage the conflicts with Baghdad with such subpar performance and quality?

The KDP's actions force the Prime Minister to be unable to keep his promises which are an integral part of his government's work program because they serve as excuses for the bureaucratic apparatus in Iraq's Ministry of Finance and Office of Financial Supervision to suspend providing the Kurdistan Region's dues.

One interpretation of this tug-of-war is that the KDP and the Baghdad bureaucratic center are swapping passes and responding to one another like folk musicians while drinking water from the same murky creek.

The only people who suffer in the meantime are Kurdish citizens. There is an old saying in the Iraqi socialist literature which is referenced in folktales and can be used for this situation. It says: "Between Hana and Mana, my beard is lost."

Martyr Fahad, the late secretary of the Iraqi Communist Party, wrote an article titled "The Kurdish People Between Hana and Mana."

Regrettably, this proverb is about to resurface after over a century.

This situation can not go without addressing.

The solution is obvious; It is not to take the livelihoods of the people as a hostage, meaning to separate the pathways of governance like the PUK President suggested and to separate the livelihood of citizens from political battles. Otherwise, just how the internal issue of Kurdistan is the politicization of governance between the cities, the Baghdad-Erbil issue will suffer the same deadly disease.

*Between Hana and Mana, my beard is lost, in Arabic: (بين حانة ومانة ضاعت لحانا); In the past, there was a man who married two women; Hana was the young wife. Mana, the elderly woman, was the other. Every time this man joked with Hana, she grabbed his beard, pulled out a white hair, and said, "It's hard for me to see white hair when you're still young." Likewise, when he joked with Mana, she pulled out a black hair, and said, "I'm grieved to see black hair in your beard, and you're an old man of great worth."

The situation continued for a while until one day he caught a glimpse of himself in the mirror to see his beard missing a sizable portion of hair. As a result, he yanked his beard furiously and said, "Between Hana and Mana, my beard is lost!"