Are our opportunities greater than our conflicts at the gate of history? 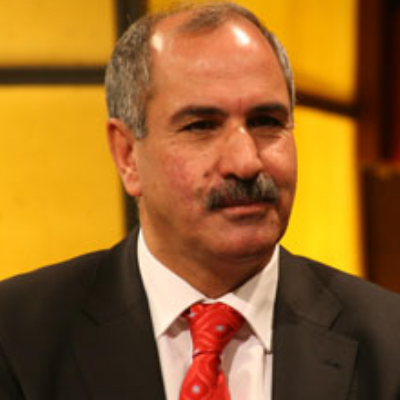 By Imad Ahmed
History isn't just about recording and telling stories; it's also about learning from a lesson, finding solutions to a crisis, and avoiding repeating history. However, humans seem to have not learned from their long history, as they continue to make the same mistake, but in different forms.

What causes us to reflect on our past are the current state of affairs in Kurdistan, the expansion of various issues, and the escalation of conflicts at the expense of solidarity and unity at a time when we most need to learn to compromise and combine our resources to endure and get through challenging situations.

In reality, if we work together, we will have many opportunities and prospects, and our accomplishments will be far greater than the differences we currently have.

Wafiq Samarai, one of Saddam's most significant individuals, fled to Kurdistan in the early months of 1995 out of dissatisfaction with the government. I was there when he met with Kak Nawshirwan in Sulaimani after reaching there. Unfortunately, there was a threat to our federal system during that time due to the Civil War. What's the fight about? He questioned. Kak Nawshirwan discussed the causes of the conflict and mentioned the practices of Ibrahim Khalil border crossing. On this subject, Wafiq Samarai made a thoughtful remark and asked, "Why don't you try to remove Saddam's regime instead of killing each other, whose oil money is worth a year's worth of Ibrahim Khalil's earnings?" "Go and persuade Mam Jalal and Kak Masoud," Kak Nawshirwan replied.

The current stressful and confusing political climate, along with the presence of external threats, made me think of Wafiq Samarai's fatigued body's journey to Laylan and then to Kalar, where his shoes were all ripped. Samarai was escorted to Sulaimani after his arrival by Kak Osman Haji Mahmoud, who also handed him a pair of shoes. They then sent Samarai to Erbil to see Mam Jalal.

He understood the value of freedom and liberation from the oppressive dictatorship that we had carelessly shattered better than we did. He advised us to resolve the conflict and come to an agreement. Thank God, after a long civil war, peace was restored, and we were able to play a significant role in toppling the Ba'ath regime and establishing a new Iraq, based on cooperation and compromise. For the first time in Iraq's history, a Kurd (Mam Jalal), regarded as the country's protector, was elected president. We also took control of federalism and were able to provide the Kurdistan Region with 17% of Iraq's overall budget.

I don't intend to imply that another conflict is imminent in this piece; instead, I want to emphasize that we should work together rather than against one another. No matter how significant, our arguments and differences are not worth the stress, worry, and hopelessness.

To serve the people and Kurdistan with pride, we must first examine ourselves, then identify the points of consensus and disagreement and the mechanisms to resolve them. If we can do this, we will have solved our internal issues, ensured justice and fair rule, gained the confidence of the citizens, and established proper relations with Baghdad in accordance with the constitution. There is a lot more in store for us than we can now imagine.