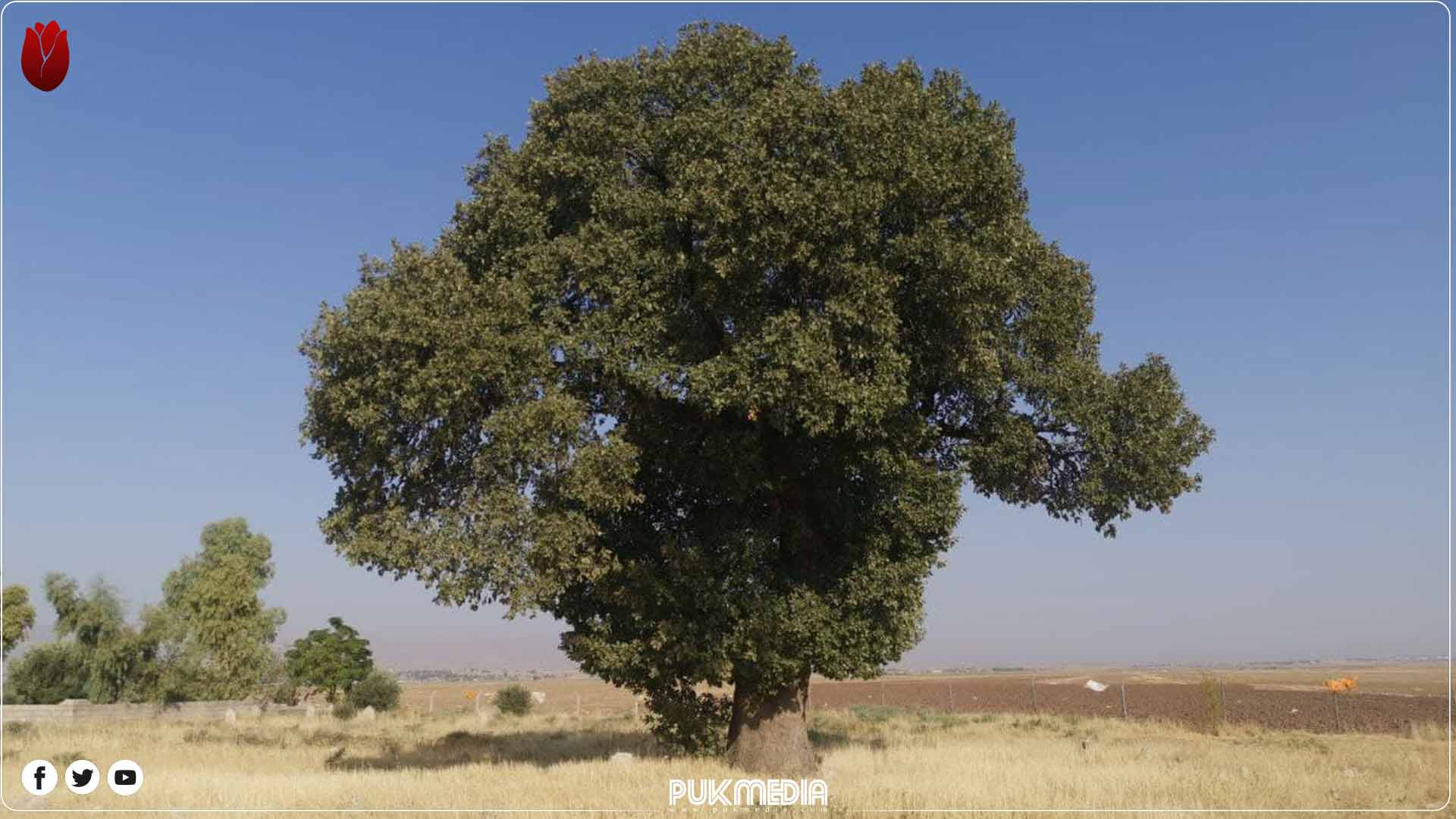 A 200-year-old oak tree in Bestansur, one of the most historical regions of the Kurdistan Region, has drawn the attention of many and become a symbol of the region.

According to the residents of the area, the tree produces 80 kilograms of oak annually.

"The tree is more than 200 years old. It is 10 meters high and five meters wide and produces 80 kilograms of oak every year," Rawand Hama-Jaza, a resident of Bestansur village, told PUKmedia.

"The village's elders consider it a legacy that must be kept alive and have asked the youngsters to protect the tree and not to cut down after they are gone," he added.

Oak trees often live in mountainous regions. They have strong trunks and roots and can live up to 500 years.

One of the village residents, the 64-year-old Ahmed Qadir told PUKmedia about the history of the tree and the man who planted it.

"This tree is surrounded by graves... I heard from my father that it is called the Dararash after the man who planted it and whose name was Kakarash," said Qadir.

"The tree has become the identity and symbol of the village," he added.

According to Taha Qadir who is the mayor of the village, the tree is home to snakes who live in the holes inside the tree.

"I have heard from my father that the tree contains large holes inside of it and snakes are often seen come out of it. The people of the village are constantly taking care of the tree and protect it," the village mayor said.

The Bestansur village has over 250 houses. It is on the outskirts of Slemani's Arbat sub-district.