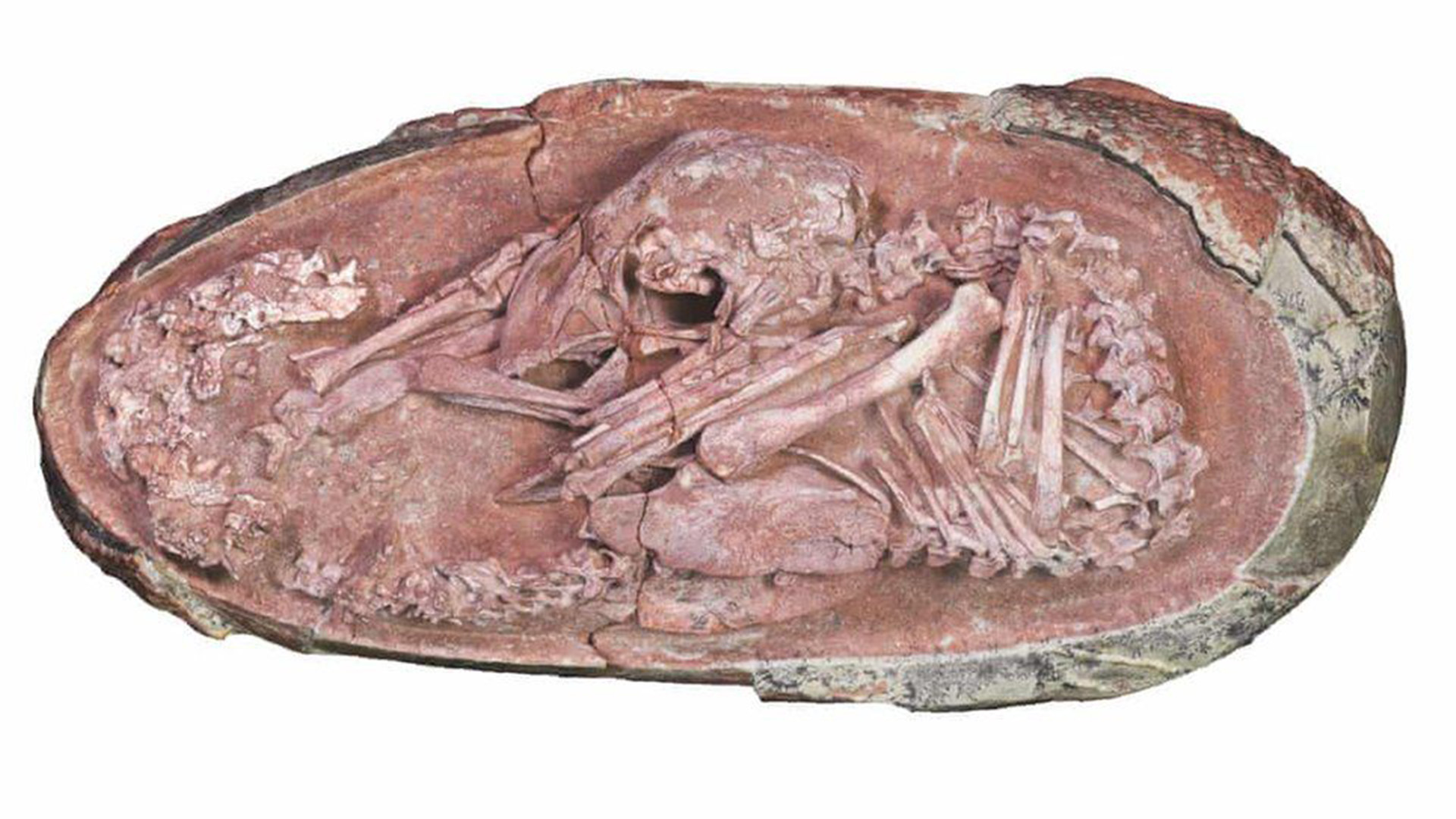 Scientists have announced the discovery of a perfectly preserved dinosaur embryo that was preparing to hatch from its egg, just like a chicken.

The embryo was discovered in Ganzhou in southern China and researchers estimate it is at least 66 million years old.

It is believed to be a toothless theropod dinosaur, or oviraptorosaur, and has been named Baby Yingliang.

Researcher Dr Fion Waisum Ma said it is "the best dinosaur embryo ever found in history".

The discovery has also given researchers a greater understanding of the link between dinosaurs and modern birds. The fossil shows the embryo was in a curled position known as "tucking", which is a behaviour seen in birds shortly before they hatch.

"This indicates that such behaviour in modern birds first evolved and originated among their dinosaur ancestors," Dr Ma told the AFP news agency.

Oviraptorosaurs, which means "egg thief lizards," were feathered dinosaurs that lived in what is now Asia and North America during the Late Cretaceous period - between 100 million to 66 million years ago.

Paleontologist Prof Steve Brusatte who was also part of the research team, tweeted that it was "one of the most stunning dinosaur fossils" he had ever seen, and that the embryo was on the brink of hatching.

Baby Yingliang measures 10.6in (27cm) long from head to tail, and rests inside a 6.7 inch-long egg at the Yingliang Stone Nature History Museum in China.

The egg was first uncovered in 2000, but put into storage for 10 years.

It was only when construction work began on the museum and old fossils were being sorted through that researchers turned their attention to the egg, which they suspected was holding an embryo inside.

Part of the dinosaur's body is still covered by rock and researchers will use advanced scanning techniques to create an image of its full skeleton.