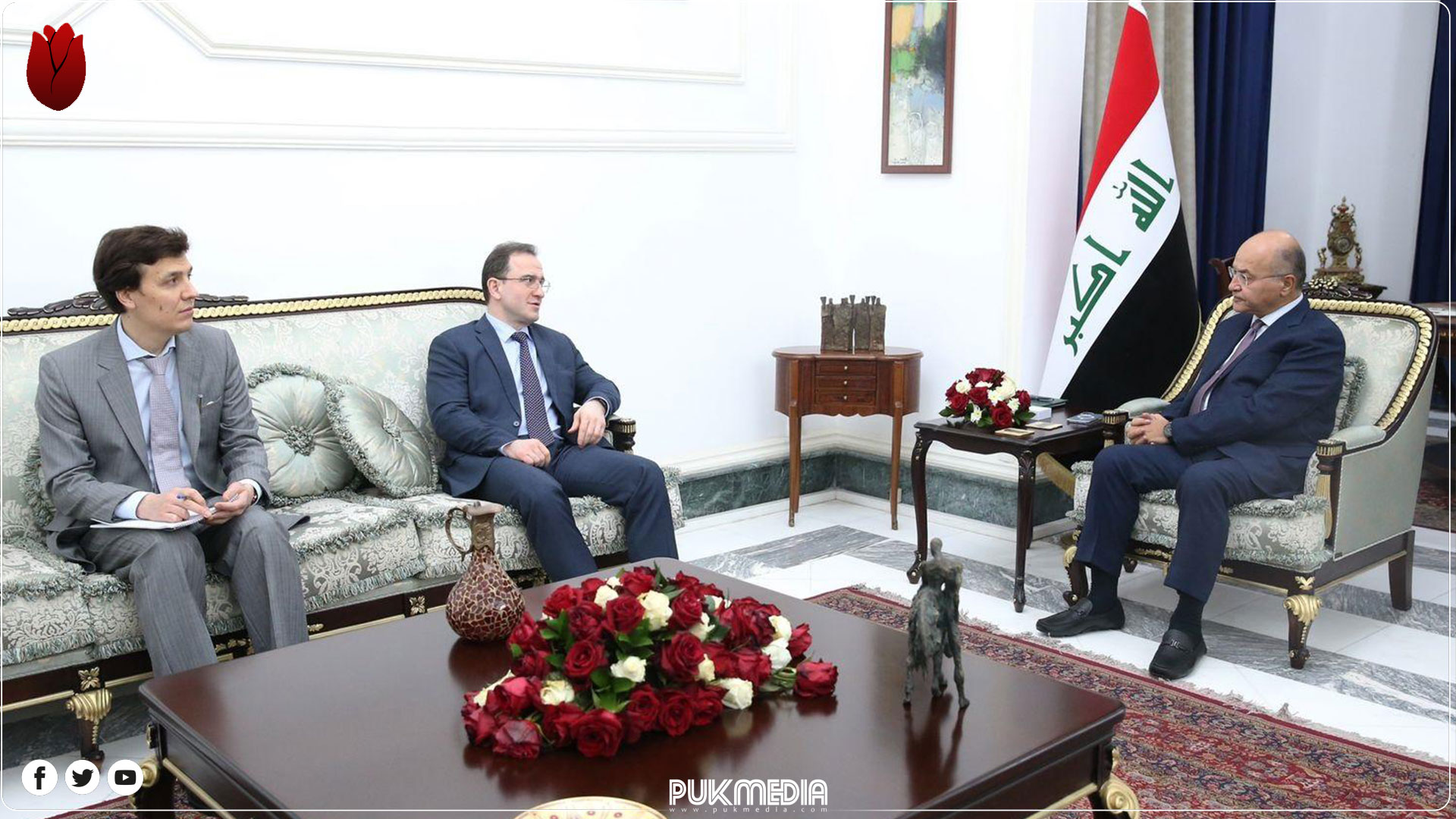 On Thursday, the President of the Republic of Iraq, Barham Salih met with the Russian Ambassador to Iraq, Mr. Elburs Kutrashev. The meeting took place at al-Salam Palace in Baghdad.

Iraqi- Russian ties were discussed during the meeting and how best to advance these across all the fields, particularly in security and defense matters.

Talks focused on the need to strengthen trade, economic and cultural relations between the two States, in a way that would most benefit both countries’ citizens. Regional developments were also discussed during the meeting.

The region faces several challenges, and it is, therefore, there is a need to act together to bridge differences and ease tensions, where there could be further meaningful dialogues, Iraqi President Salih said.

Furthermore, he added that Iraq adopted a policy of opening with its neighboring countries and its regional environment in order to promote peace, security, and stability in the region.

A stable, secure, and sovereign Iraq is an integral part of the process of ensuring peace and security in the region, Mr. President underlined.