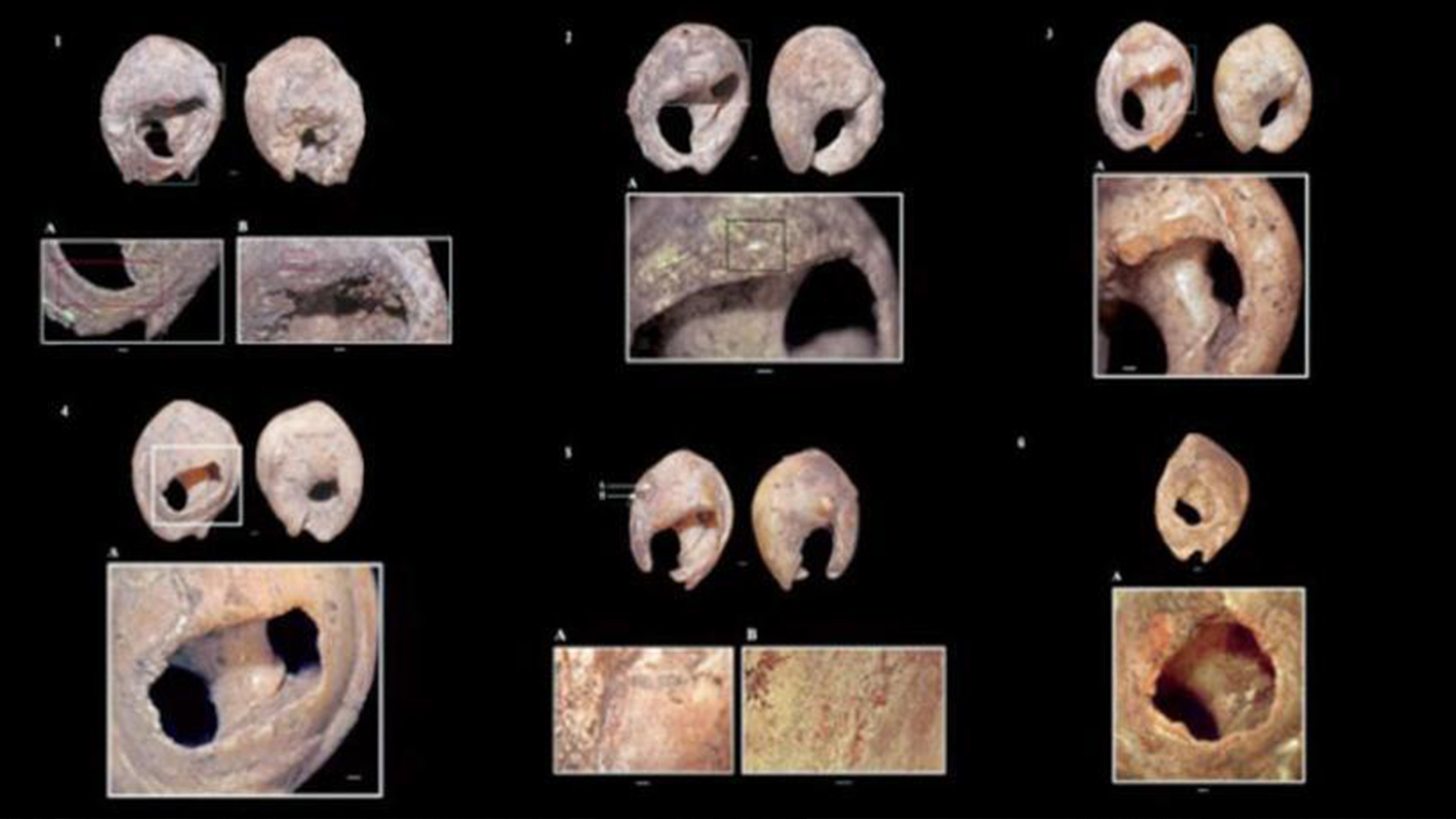 Jewelry made of perforated seashells found in Morocco.

Archaeologists have discovered the world's oldest jewelry in Morocco, showcasing perforated seashells dating back 150,000 years, a member of the excavation team said on Thursday.

"These pieces, discovered in the Bizmoune cave near the coastal resort of Essaouira were dated as 142,000-150,000 years old," stated researcher Abdeljalil Bouzouggar in a press event held by the Moroccan Ministry of Culture.

"This discovery has enormous implications for the history of humanity," he said, adding that it suggested the owner was using language 150,000 years ago.

Bouzouggar is a member of an excavation team of researchers from Morocco's National Institute of Archaeology and Cultural Heritage (INSAP) as well as the University of Arizona in the United States and France's LAMPEA research institute (Laboratoire Méditerranéen de Préhistoire Europe Afrique).

The archeologist said similar ornaments had been found in Algeria (35,000 years), South Africa (75,000 years), and Israel (135,000 years), adding that "these people searched for the same type of seashell despite the existence of many other types."

"This shows that they shared something. Maybe there was even a language, here or in another place. Sharing symbols happens in language, unlike tools sharing which can be done with simulation," he explained.

The archeologist also noted that Morocco has one of the oldest human antiquities. Researchers estimated that the distance between the Bizmoune cave and the Atlantic Ocean coast was about 50 km, 150,000 years ago.

The discovery came after archaeologists in Morocco in September identified clothes-making tools fashioned from bone dating back 120,000 years, the oldest ever found.