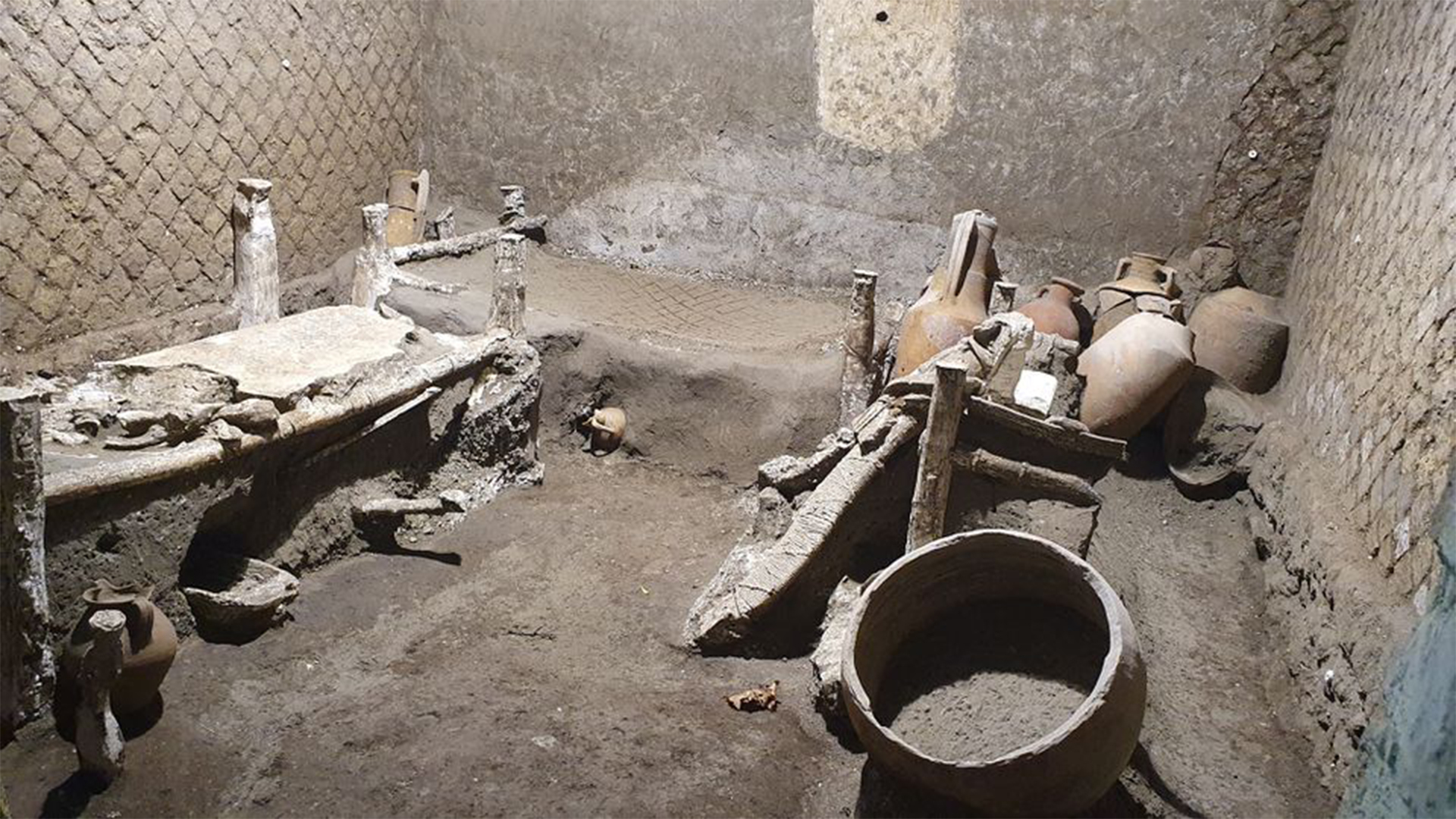 Archaeologists have uncovered a room at a villa just outside Pompeii containing beds and other objects that shed light on the living conditions of slaves in the ancient Roman city buried by a volcanic eruption.

The room, in an excellent state of preservation, contains three wooden beds and a series of other objects including amphorae, ceramic pitchers and a chamber pot.

"This new important discovery enriches our understanding of the everyday life of the ancient Pompeians, especially that class in society about which little is still known,” Italy’s Culture Minister Dario Franceschini said.

Under Roman law slaves were considered property and had no legal personhood.

The "slaves’ room" is close to where a ceremonial carriage was uncovered earlier this year, near the stables of an ancient villa at Civita Giuliana, some 700 metres north of the walls of ancient Pompeii.

On top of the beds, archaeologists discovered a wooden chest containing metal and fabric objects that could have been part of the horses’ harnesses while on one bed a carriage shaft was found.

Two of the beds were 1.7 metres long while the third was just 1.4 metres indicating the room might have been used by a small slave family, the culture ministry said

The 16 square-metre room, with a small window high up, also served as a storage space, with eight amphorae found tucked into the corners.

Pompeii, 23 km (14 miles) southeast of Naples, was home to about 13,000 people when it was buried under ash, pumice pebbles and dust as it endured the force of an eruption in the year 79 AD equivalent to many atomic bombs.

The site, not discovered until the 16th century, has seen a burst of recent archaeological activity aimed at halting years of decay and neglect.