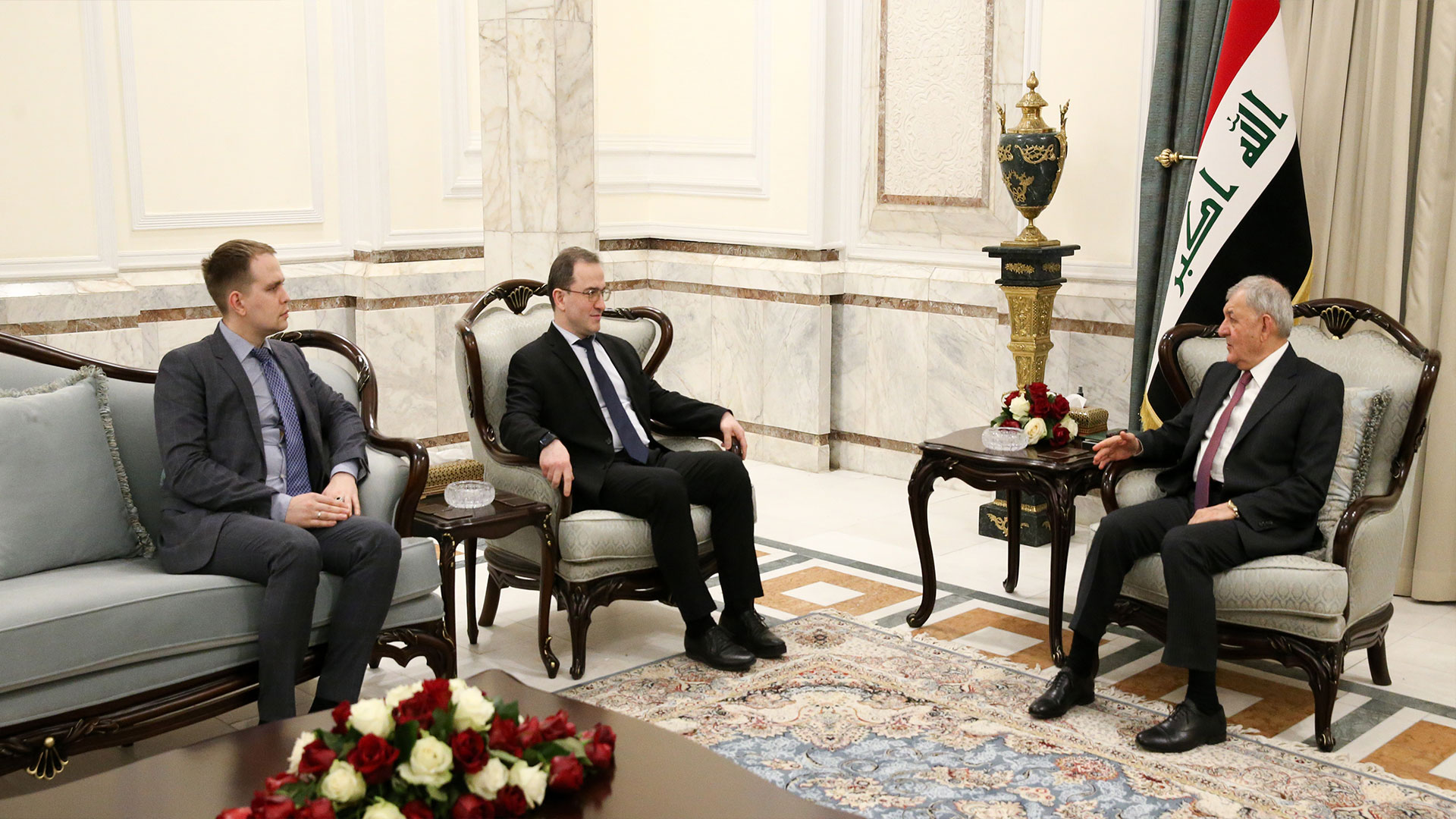 Iraqi President on the right, the Russian diplomats on the left

The Iraqi President stressed the necessity of ending Russian-Ukrainian war.

Abdullatif Jamal Rashid, President of Iraq, welcomed Elbrus Kotrashev, Ambassador of Russia to Iraq, at the Baghdad Palace on January 23, 2023.

President Rashid stated that the security situation in Iraq has improved since the past, noting that during his visits to the governorates of Basra and Nineveh, he witnessed clear progress in the necessary services and that the city of Basra’s successful hosting of the 25th Gulf Cup is a positive sign that things are going according to plan.

Regarding the Russian-Ukrainian war, President Rashid emphasized the importance of ending the conflict, starting negotiations between the two parties, prioritizing dialogue, and pursuing diplomatic solutions to the problem in order to establish security and stability for the two nations and the area.

The Russian Ambassador reaffirmed his country's intention to enhance bilateral ties and expand collaboration between the two nations. Additionally, he evaluated the most recent Russian-Ukrainian war developments.