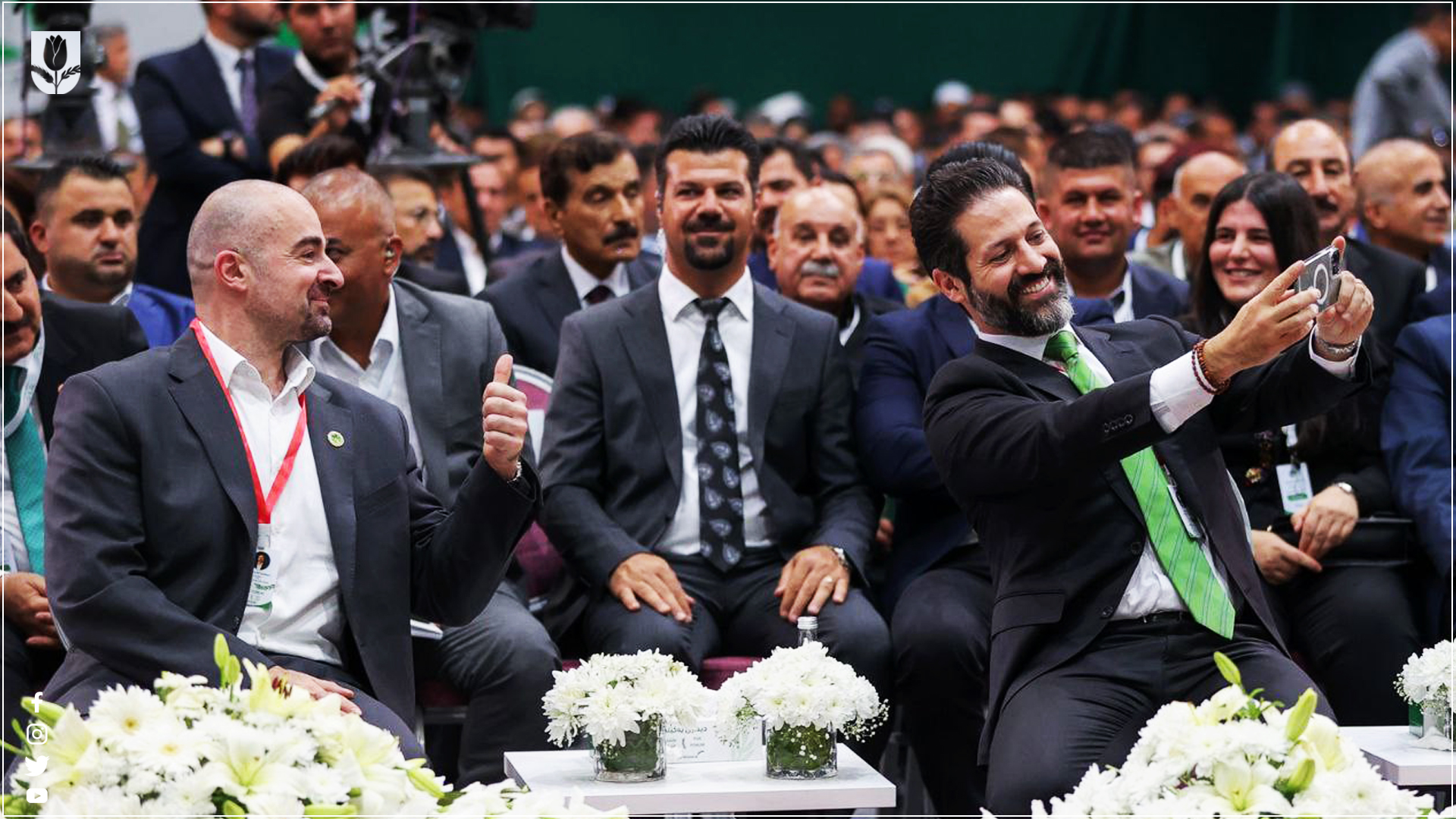 President Bafel on the left and Qubad Talabani on the right. PUKMEDIA/ Photo from the PUK Forum

All thirteen committees established during the Patriotic Union of Kurdistan (PUK) Forum have started implementing the recommendations made during the forum. Moreover, some committee leaders believe that excellent steps have been taken in this regard.

At the most recent meeting, which took place on January 9, 2023, Qubad Talabani, Supervisor of the PUK Forum, praised the committees' performance for putting the majority of the recommendations into action.

The first PUK Forum took place from May 28 to May 31, 2022. Large-scale conferences and meetings with PUK centers and organs were arranged prior to the forum, which was presided over by Qubad Talabani, to prepare recommendations for the forum. Participants from all around the Kurdistan Region and from abroad discussed the party's political strategy and the present political climate at the event.

The PUK is currently putting the forum's proposals into action

He added: "The PUK Leadership Council and presidency have a strong and unifying desire to put the PUK Forum's proposals into practice."
The forum is reflected in the practice and strategy of the PUK
The forum saw the formation of 13 high-level committees that produced thorough reports. These findings were used to develop a number of recommendations, which PUK cadres in the party, government, and parliament are now putting into action.

"The work of all 13 committees has begun to be implemented, and it is seen in both practice and strategy. "For instance, the decision to reactivate and implement Article 140 is one of the important recommendations of the Disputed Territories Committee and was a condition for the PUK to participate in the new Iraqi cabinet," Goran said.

Furthermore, Goran stated: "The work of the forum committees is divided into three pillars: party, government, and legal." "All committees have been assigned responsibilities that are being implemented, which will eventually give a new form and strategy that fit the current stage of work and political struggle."

The forum's recommendation has reached the new Iraqi government's agenda


The main objective of the forum was to formulate a contemporary vision for the party and convey a genuine message of renewal and reform while participating in the decision-making process.

Fahmi Burhan, a member of the PUK Leadership Council and head of the Kurdistani Regions Committee, told PUKMEDIA: "The committees are divided into the party and government sectors according to their characteristics, and good work has been done for the sake of the PUK, and the duties are carried out in a spirit of comradeship."
He also stated: "The Kurdish Regions Committee's recommendations are directed to the PUK teams within the party, government, law, and parliament. In practice, the recommendations of the forum have been well-placed in the new Iraqi government; for example, the decision to reactivate Article 140 and grant Yazidis ownership of their properties."

PUK's media is implementing the recommendations

The Media Committee, which provides the media considerable attention, is one of the most important committees established during the forum. In order to provide a different way for the media to work, the Media Committee has put the PUK Forum's recommendations into practice.

Stran Abdullah, a member of the Political Bureau and chairman of the Media Committee, told PUKMEDIA: "The Media Committee entrusted the recommendations to the Media Bureau, and we held a meeting to direct the recommendations of the PUK team in the government and Iraqi and Kurdistan parliaments to support the laws regarding journalism that are put before parliamentarians, especially to expand the scope of freedom of the press."

Qubad Talabani met with the committees, and together they established a path that was then transformed into recommendations that were made to the various party organs.

"After the meeting with Comrade Qubad Talabani, the tasks of the committees went into effect, and meetings were held with the different organs to direct them to commit to the new organizational strategy," said Nawshirwan Ahmed, a member of the PUK Leadership Council and the head of the Committee on Organizations, Relations, and Peshmerga, to PUKMEDIA.

The forum addresses most sectors


Prior to the forum, 21 committees were formed to work on building a detailed strategy for the PUK's interactions with the majority of societal sectors. Following the gathering of 1,000 proposals from PUK comrades, 13 key committees were established.
Hazhar Hassan Kwestani, a member of the PUK Leadership Council and head of the Committee on Health, Environment, Social Affairs, Sports, Students, Youth, and Women, told PUKMEDIA: "Most of the work of the forum committees is in the implementation stage, and serious work has been done."