Erbil and Duhok also call for transparency in revenue 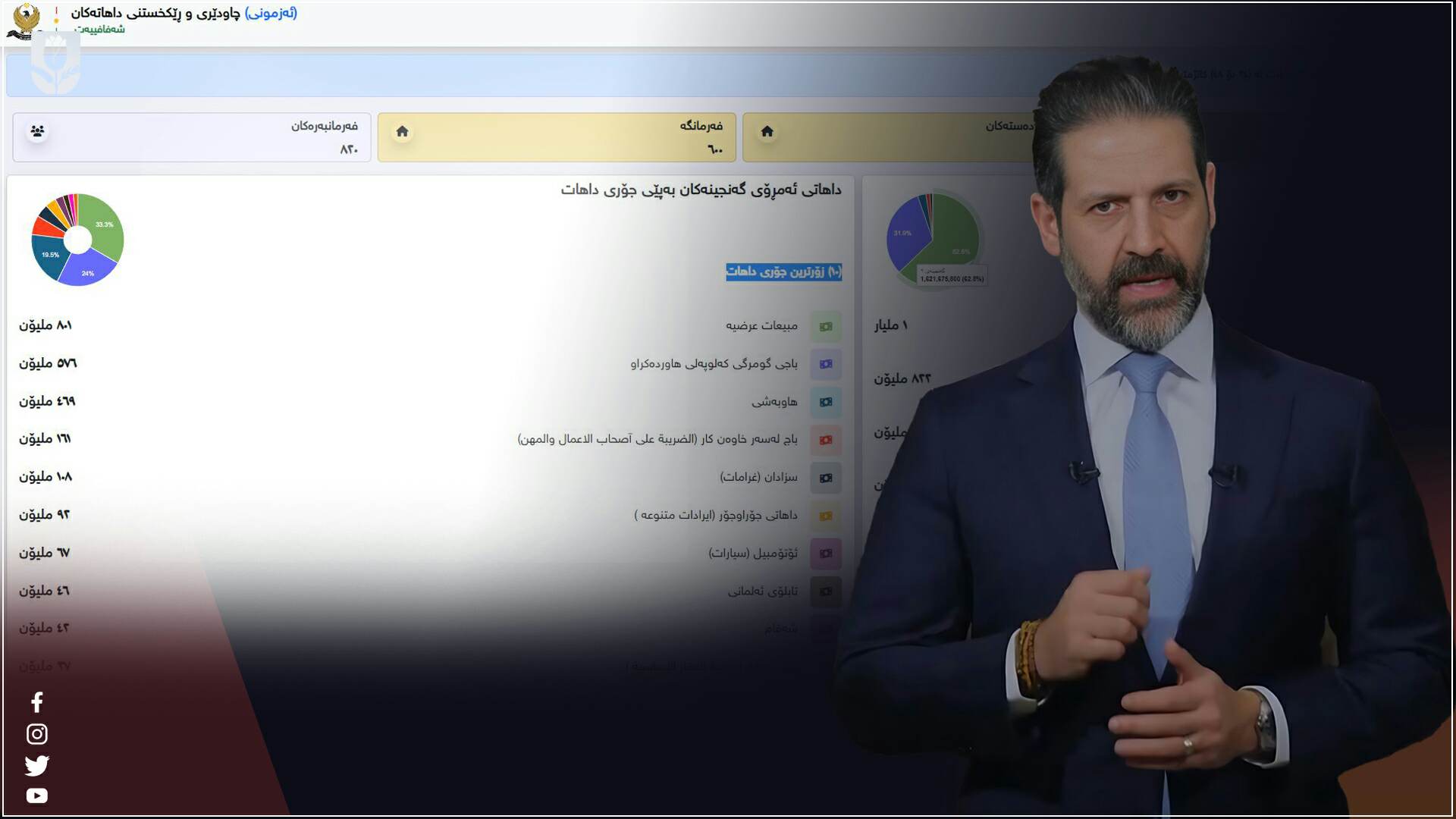 Erbil and Duhok, like Sulaymaniyah, want openness in revenue since, in addition to local revenue in the two cities, it is unknown how much is collected from various border customs made in the two provinces.

However, revenues from Erbil, Duhok, and the administrations that exist in those two provinces remain "unknown," and a member of the Duhok provincial council believes that "the KRG is hiding from being transparent."

The Deputy Prime Minister of the Kurdistan Region, recently announced the launch of a project titled "Shafafiat," meaning "transparency," which provides information and the amount of income from every administration department in Sulaymaniyah, Halabja, and the Administrations of Garmian and Raparin.

Through the Shafafiat Project website, the public and the media can examine sources and amounts of income and revenues.


Transparency shouldn't be denied to Erbil


Transparency will stabilize the KRG's position and reestablish public trust in the administration.

Qubad Talabani has done Sulaymaniyah's democratic process a good turn by introducing the transparency project, according to Rebaz Birkoti, head of the PUK faction in the Erbil Provincial Council.

"The citizens of Erbil should support Qubad Talabani's idea because they have a right to know how much money their province brings in and spends," Birkoti said.

Transparency will rebuild the trust that has been lost as a result of the government's practice of secrecy about revenues and spending, particularly among the political parties active in the KRG and the public in general.

The Shafafiat Project "should be taken seriously and truly by the parties that make up the KRG since it is the return of confidence to the government," Birkoti added.

"Citizens want to know how much money is coming in and going out, so they shouldn't be denied transparency," he said. "The KRG should work on this issue and promote transparency since it is crucial not just for Sulaymaniyah but also for the rest of the Kurdistan Region."


In Duhok, the government is avoiding transparency


Geographically bordered by two significant Middle Eastern countries, the province of Duhok brings in a lot of revenue for the KRG. The Shafafiat Project's implementation is viewed as crucial in this regard, particularly for Duhok, but the government is avoiding it.

Imad Shukr Goran, head of the PUK faction in the Duhok Provincial Council, said: "Shafafiat is an important and sacred project and should be executed in Duhok province since Duhok produces a lot of cash for the government, but the government is avoiding transparency."

The people of Duhok have a right to be aware of the revenue and expenditure of their province, particularly since there are several significant official and unofficial border crossings between the province and two important countries such as Turkey and Syria, according to Goran.


The Shafafiat Project is seen as a significant contributor to rising revenue as it motivates people to pay their bills on time.

The transparency project is another way to increase revenue, according to Hoshyar Ismail Mustafa Pirot, a member of the provincial council of Sulaymaniyah.

"When people know that the fees, taxes, and bills they pay to the government will take their place and be spent on projects, of course, they will pay on time," he told PUKMEDIA.