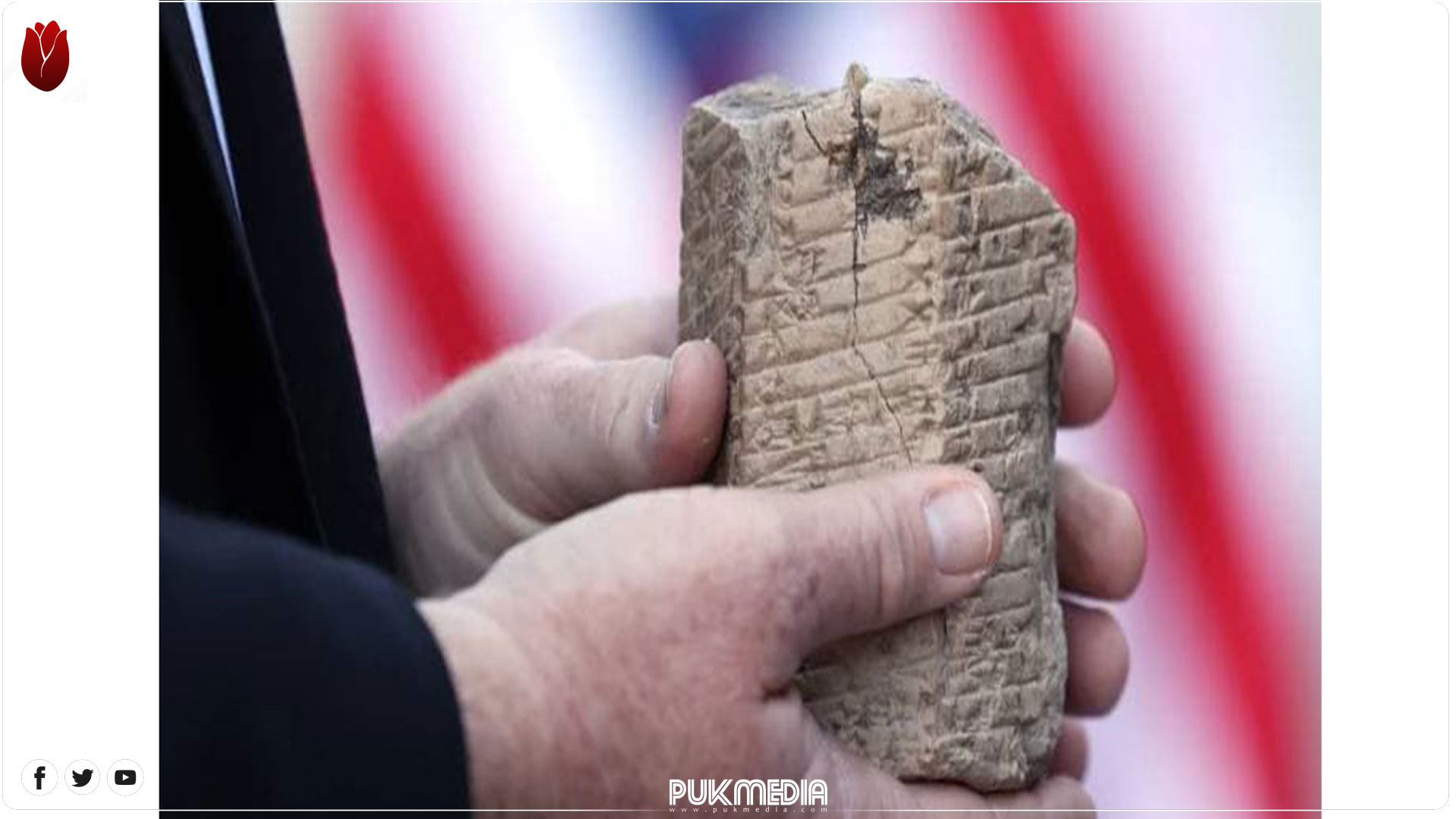 On Friday, the Iraqi Ministry of Foreign Affairs announced that Iraq has recovered two artifacts from the Sumerian and Babylonian eras, one of which is 4000 years old.

The Foreign Ministry said in a statement, "The Consulate General of the Republic of Iraq in Los Angeles received two artifacts from the Sumerian and Babylonian eras, one of which is 4000 years old," noting that "one of the pieces is a part of a cuneiform tablet, dating back thousands of years. possibly it was transferred out of Iraq during the looting of the country in the twentieth century."

According to the ministry, the second piece is a pamphlet that probably originated in the Babylonian period from 2000-1600 BC, and the inscribed text was used in the ancient Babylonian schools to teach children how to write, and there are only two pamphlets known as the written text.

The ministry stated that the Consul General in Los Angeles, Dr. Salwan Sinjari, expressed his appreciation for the efforts made and the coordination with the Department of Homeland Security Investigations to return the two pieces.