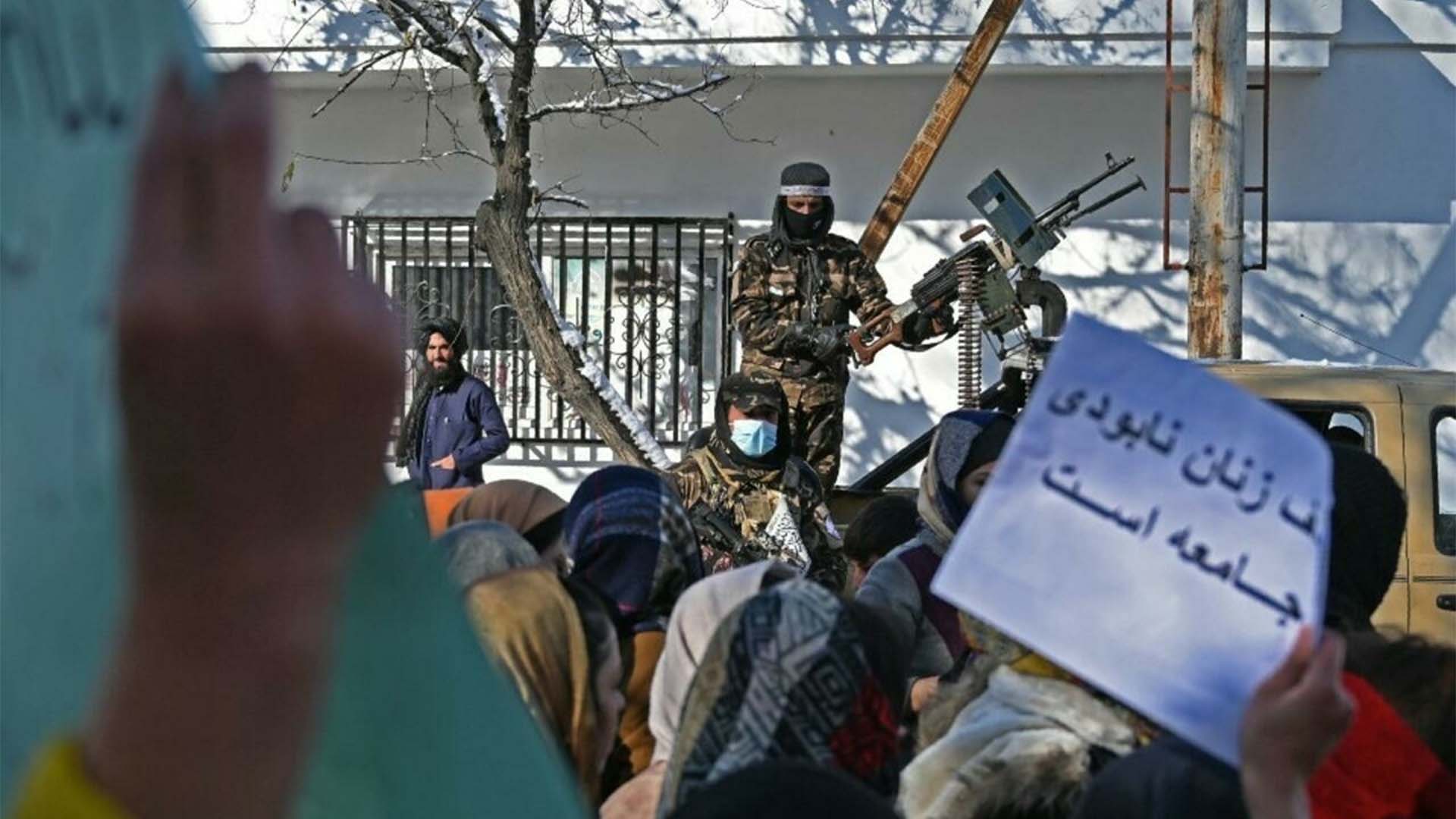 Taliban forces on Sunday fired pepper spray at a group of women protesters in Afghanistan's capital demanding rights to work and education, three demonstrators told AFP. Since seizing control of the country by force in August, the Taliban authorities have imposed creeping restrictions on Afghans, especially on women.

The protest however was later dispersed by the Taliban fighters who arrived at the scene in several vehicles, three women protesters told AFP.

"When we were near Kabul University three Taliban vehicles came, and fighters from one of the vehicles used pepper spray on us," said a protester, who asked not to be named for security reasons.

"My right eye started to burn. I told one of them 'shame on you', and then he pointed his gun at me."

Two other protesters said that one of the women had to be taken to hospital after the spray caused an allergic reaction to her eyes and face.

An AFP correspondent saw a fighter confiscate a mobile phone of a man who was filming the demonstration.

The hardline Islamist group have banned unsanctioned protests and frequently intervened to forcefully break up rallies demanding rights for women.

The Taliban authorities have blocked women public sector employees from returning to work, many secondary schools have still not reopened for girls, and public universities are shut.

Long distance trips for women who are not accompanied by a close male relative have been banned.

Meanwhile, many women are living in hiding, fearful of a regime notorious for human rights abuses during their first stint in power between 1996-2001, before being ousted by a US-led invasion.