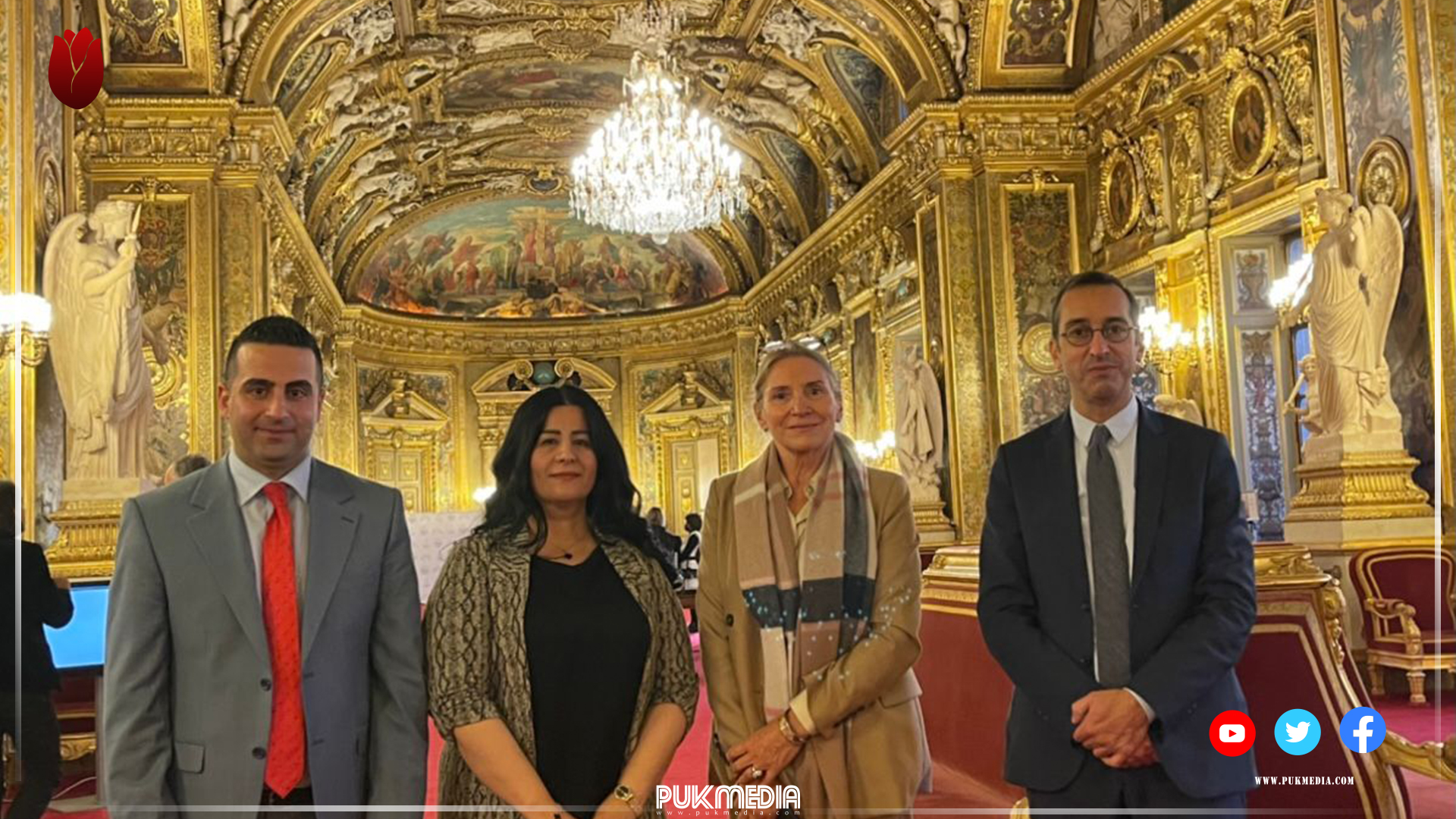 As part of her official visit to France, the Deputy Governor of Slemani, Layla Omar, visited the French Senate along with Dr. Darawan Haji Hamid, head of France office of the Patriotic Union of Kurdistan (PUK).

The Slemani delegation was warmly welcomed by Senator Nicile Durantion, head of the Iraq-France Friendship Group.

The meeting was also attended by Paris senator Rémi Féraud, whose also a member of the French-Iraqi friendship group.

The Deputy Governor of Slemani spoke in detail about the history and importance of the Slemani city, as well as other aspects such as culture, business, economy, education, and academics, and gave important information about how to further develop and coordinate with the city.

In another topic, the Deputy Governor also spoke of the significant role of women, who have played an important role in the Kurdish community throughout history, alongside the men.

For her part, the head of the Iraq-France friendship group expressed his happiness that a woman is deputy governor and had been given a role in administering the city. He also wished her success and expressed his and the support of the senate and promised all kinds of cooperation.

She also hoped for more joint works between the two sides.

In the end, the deputy governor formally invited the French side to visit Slemani in the spring of next year.

On a formal visit on 22-11-2021, Layla Omer, the Deputy Governor of Slemani, arrived in France on November 22 on an official visit organized by Dr. Dariwan Haji Hamid, head of France office of the Patriotic Union of Kurdistan (PUK).

The visit is aimed at strengthening bilateral relations between Slemani and the French city of Nantes and to also twin the two cities.