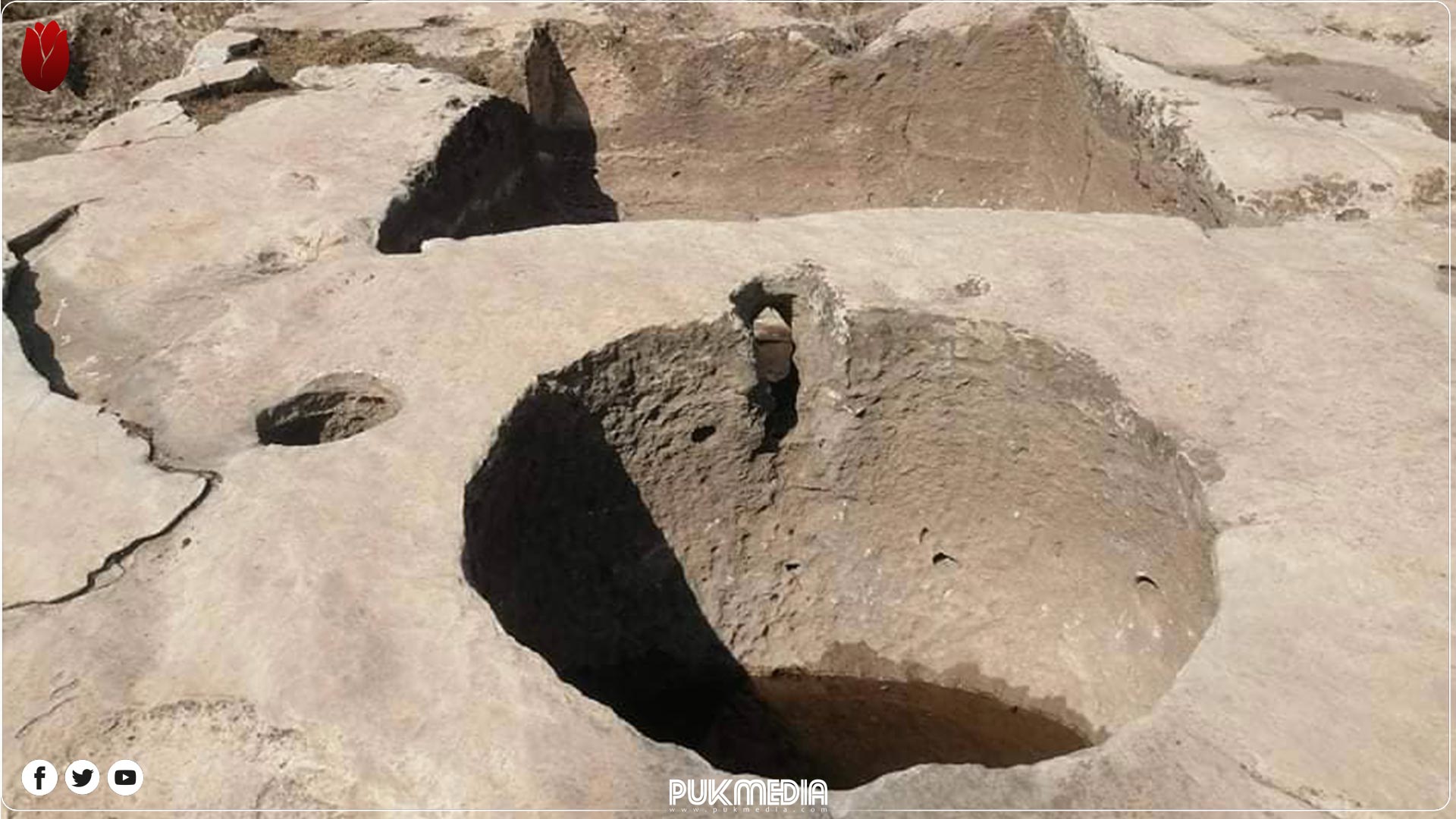 Dr. Bekas Brifkani, Archaeology director in Duhok Governorate, announced that this archaeology site was built 2,700 years ago, during the reign of the Assyrian king, Sanharib, with the support of the Duhok administration teams and the Udine Italian university.

Under the supervision of the Duhok Archaeology Directorate, the teams began working in Shekhan district in cooperation with the French organization ACTED and United Nations Development Programme UNDP has supported the project financially.

One of the world's earliest empires, Assyria was located in the northern part of Mesopotamia - most of modern-day Iraq, as well as parts of Iran, Kuwait, Syria, and Turkey.

Assyrian scripture has previously pointed to increased demand for wine, especially among members of the court and the broader social elite. It was used in various ceremonial practices among the rich.

Archaeobotanical remains have also shown an expansion in vineyards in the area at that time.

The discovery includes 14 installations carved into mountain rocks. The upper, square-shaped basins were used by people to press grapes underfoot, extracting the juice which ran off into the lower circular basins.

The grape juice was then collected in jars, fermented, and sold on a large scale.

The teams are working on adding the ancient structure to the UNESCO world heritage list.