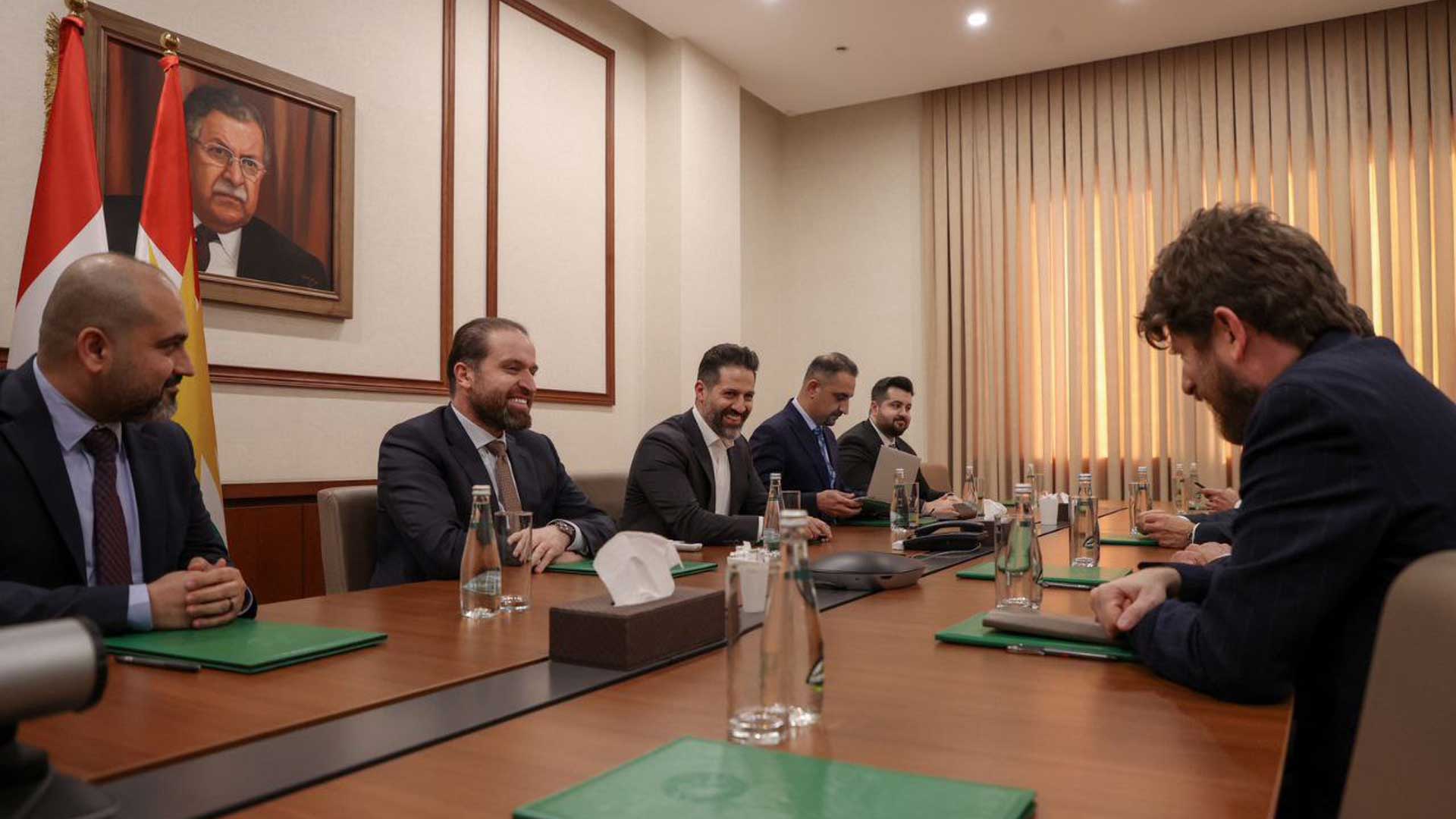 Qubad Talabani in the meeting with the joint French-German delegation

Qubad Talabani emphasized the significance of holding fair elections in the Kurdistan Region at a meeting with a joint French-German delegation.

On Sunday, January 22, Qubad Talabani, the Deputy Prime Minister of the Kurdistan Region, welcomed Martin Jaeger, the German ambassador to Iraq, and Eric Chevalier, the French ambassador to Iraq. The consul generals of the two nations as well as Daban Shadala, Deputy Head of the Kurdistan Region's Foreign Relations Office, were present at the meeting.

Discussions among the delegates focused on current political events as well as relations between the Kurdistan Region and Germany and France.

The Deputy Prime Minister highlighted that "issues must be resolved via discussion in the public interest." He then went on to discuss the political challenges in the Kurdistan Region and the steps of the next phase to solve them.

Qubad Talabani stated the following in regards to the relations with the Iraqi government: "There is a good understanding to settle the issues with the government of Mr. Sudani and we expect this to be reflected in the 2023 budget bill, which is a significant issue between the two governments." We support reaching an agreement with Baghdad to resolve all outstanding issues, he emphasized.

Another topic discussed at the meeting was energy, oil, and gas. According to the Deputy Prime Minister, "This is a national issue and must be agreed upon to use the state's wealth and revenue for the well-being of the people."

The Deputy Prime Minister emphasized the significance of holding free and fair elections in the Kurdistan Region while taking into account the opinions of the political parties and the rights and positions of all groups in relation to the parliamentary elections.