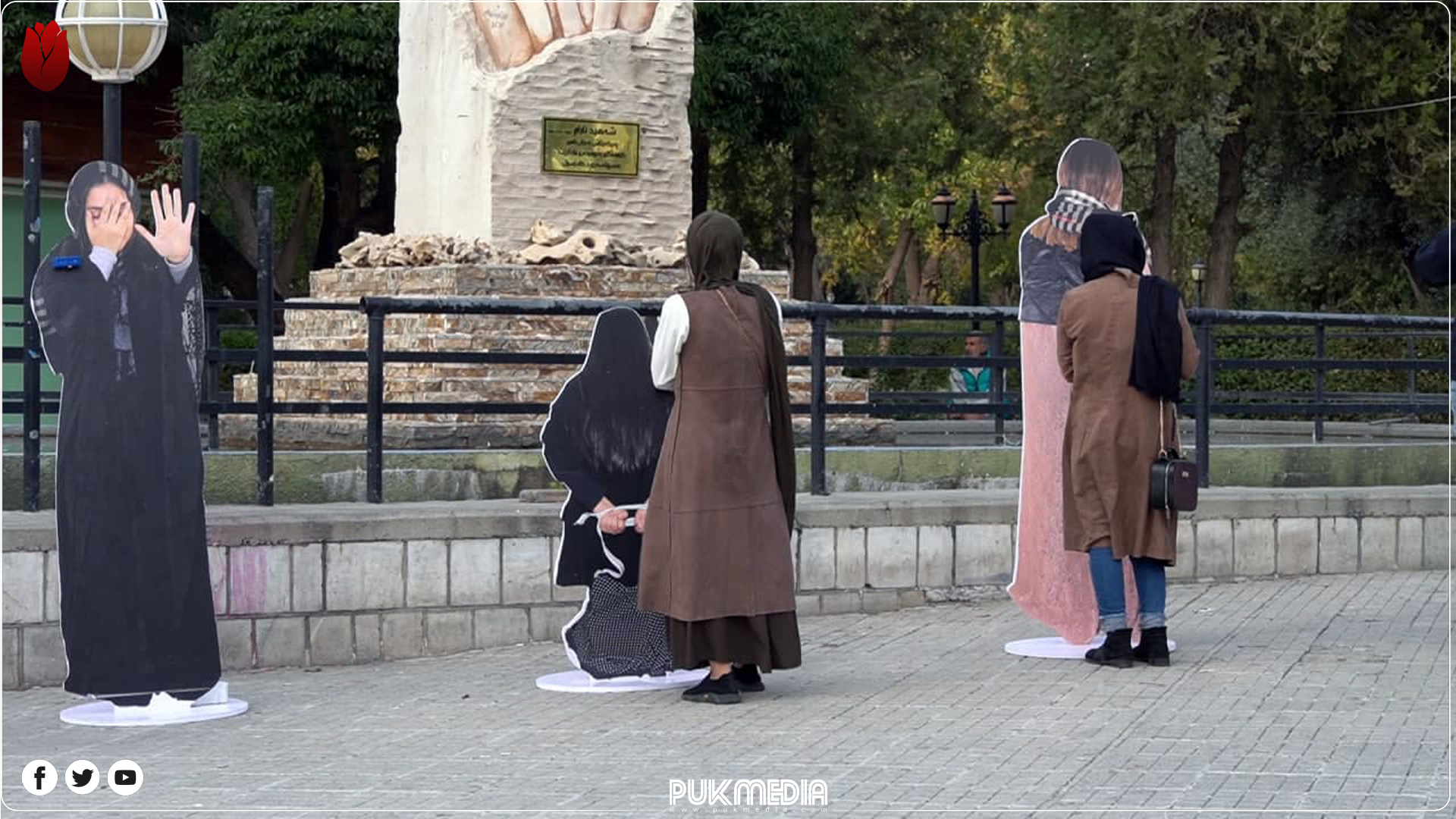 As part of 16 day campaign to stop violence against women, the Civil Development Organization (CDO) held an awareness activity at the public park in Slemani.

The organization showed pictures of cardboards demonstrating women who were subjected to murder and violence in the Kurdistan Region, while they speak about what they were exposed to through a small microphone.

CDO Director Bakhtiyar Ahmed told PUKmedia that the activity is a cultural and awareness-raising activity on the issue of violence against women, especially the issue of honor, which has recently killed more women in the governorates of the Kurdistan Region.

"It is a worrying phenomenon despite the great openness in the field of freedoms and the existence of laws that protect women, but unfortunately failure to implement them leads to an increase in violence and killings," Ahmed said.

"We are here to say stop honor killing women... Everyone should participate in establishing culture and humanitarian awareness in society," he added.

On November 25, the International Day for the Elimination of Violence against Women, a 16 days campaign in the Kurdistan Region and Iraq to find ways to eliminated gender based violence.

Civil Development Organization “CDO” is a non-governmental, national, humanitarian, independent and non-profit organization. CDO was founded in 1999 and obtained registration from both KRG NGOs Directorate and Federal Government in Baghdad. CDO’s vision is establishing a civil society in Iraqi community through building capacity of CSO in Iraq, promoting democracy and peace promotion, developing human right situation, combating violence against women, increasing women political participation, presenting legal aid to the vulnerable groups and advocate on behalf of the local community.

CDO is involved in the emergency response to the Syrian refugees and Iraqi IDPs mainly in the fields of protection, legal aid, prevent and response to the survivors of SGBV, food, and hygiene kits distribution, strengthening community mobilization and self-management through Community Centers and developing non-formal education.

CDO is working in partnership with UNHCR, UNICEF, WFP, UNFPA, SCI, and France Liberate/Daniel Mitterrand Foundation. CDO is a member of NCCI, JCC, Mesopotamia, LIFE, and Peace for Iraq Networks. CDO is a member of Protection, Education, FSC clusters and SGBV with Child Protection subclusters.