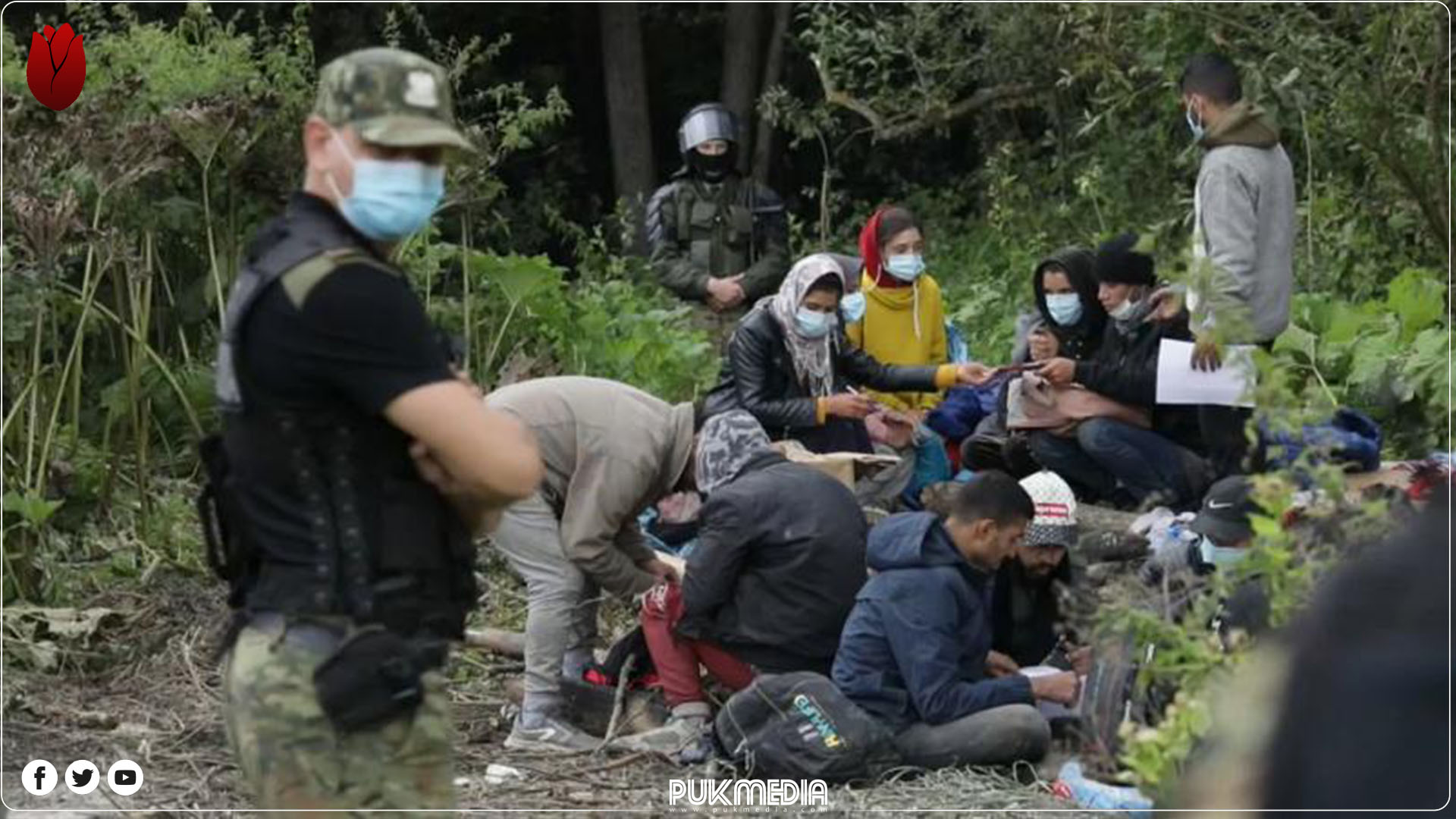 A Kurdish woman migrants from Duhok died on Saturday in one of the hospitals in Poland after having a miscarriage.

Nayer Salih, one of the migrants on the Polish border, told PUKmedia that the woman was a mother of 5 children.

He added that the woman was pregnant and died due to complications from having a miscarriage. he started to move from Belarus and Poland to the country of Europe

Thousands of illegal migrants, including over 1000 Iraqi and Kurdish migrants, have recently crossed the borders of Belarus towards Poland attempting to cross to European countries, but have been prevented by the Polish border guards.

While Ari Jalal, director of the Kurdish Summit Foundation for Refugee Affairs, said in a previous statement to PUKmedia that large numbers of migrants are still stuck in the forests of Belarus, they are not allowed to reach Minsk airport to return to the Kurdistan region and Iraq, or to reach the countries of the European Union.

"They are in a difficult siege with extremely harsh climatic conditions and do not receive any humane treatment," he said, pointing out that Belarus uses them as a pressure card against the European Union countries.

Iraq's Ministry of Migration and Displaced Affairs announced on Saturday the continuation of efforts to evacuate all Iraqis stranded at the borders of Belarus and Poland.

Iraq and the Kurdistan Region suffer from continuous migration flows. Illegal Kurdish migrants often use Turkey as a transit point to reach prosperous European Union states through Greece. Many rely on smugglers and risk their lives through perilous journeys in overcrowded boats.

The massing of people at the border escalates a crisis that has been going on for months, with the EU accusing Belarusian strongman Alyaksandr Lukashenka of flying migrants from the Middle East and Africa to Minsk and then sending them to its borders with EU members Lithuania, Latvia, and Poland.