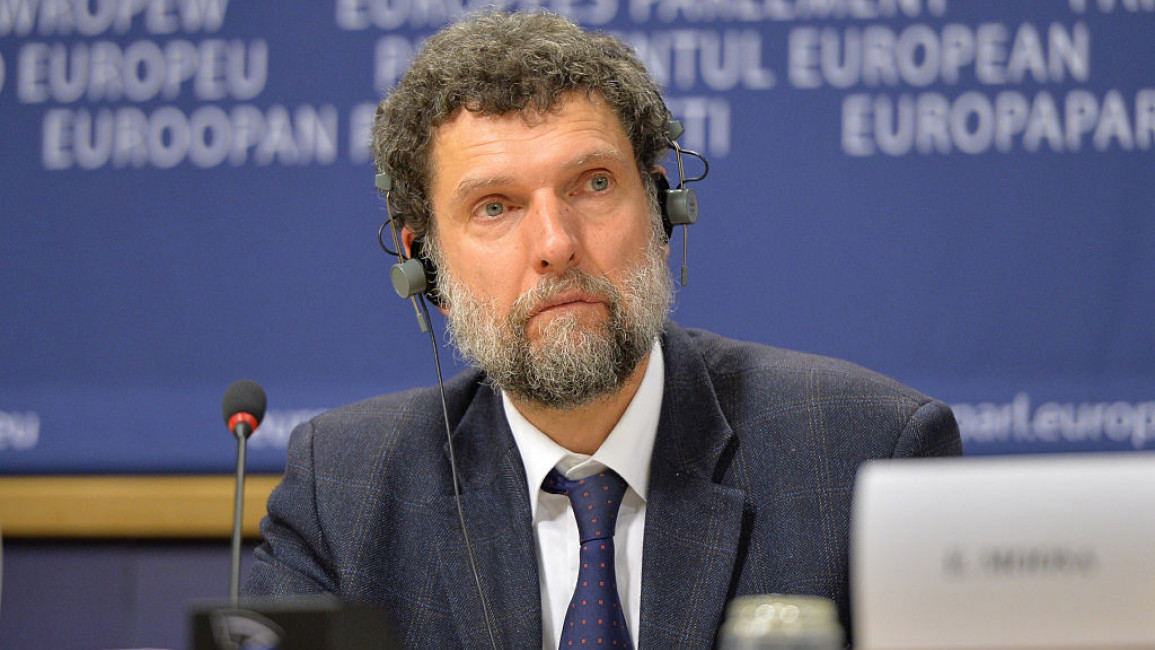 Kavala has become a symbol to his supporters of the sweeping crackdown Erdogan unleashed after the failed 2016 coup, (Credit: Getty Images)

The trial of jailed civil society leader Osman Kavala resumes on Friday with the first hearing since President Recep Tayyip Erdogan threatened to expel 10 Western ambassadors who called for his release.

The hearing comes with Erdogan facing one of the toughest economic tests of his rule since 2003, with the Turkish lira tumbling to record lows against the dollar.

The 64-year-old civil society leader and businessman, who has been kept in jail without conviction for four years, is accused of financing 2013 anti-government protests and playing a role in the 2016 coup attempt.

If convicted, he could be jailed for life without the possibility of parole.

The philanthropist has become a symbol to his supporters of the sweeping crackdown Erdogan unleashed after the failed coup.

Kavala, who denies the charges, will snub Friday's hearing after his case sparked a diplomatic standoff last month when the 10 embassies -- including the US, France and Germany -- said in a highly unusual declaration that his continued detention "cast a shadow" over Turkey's democracy and judicial system.

Erdogan accused the diplomats of trying to "teach a lesson" to Turkey and threatened to expel them.

Kavala's case could prompt the Council of Europe human rights watchdog to launch its first disciplinary hearings against Turkey at a four-day meeting ending on December 2 -- a procedure that has only been used once before in the court's history.

The watchdog has issued a final warning to Turkey to comply with a 2019 European Court of Human Rights order to release Kavala pending trial.

The diplomatic spat was resolved after the US and several of the other countries issued statements saying they respected the UN convention requiring diplomats not to interfere in a host country's domestic affairs.

Erdogan has often compared Kavala to Hungarian-born US financier George Soros and called him "Soros leftover" in October, which drew sharp rebuke from the Paris-born philanthropist.

"The president's insulting and defamatory statements against a person who is not convicted and whose trial is ongoing constitutes an attack on human dignity," Kavala said in a statement.

His lawyer Tolga Aytore told AFP he had requested not to attend the hearing. "Even if he is asked to be present, he will not present a defence."

Kavala, who previously attended the hearings in Istanbul's main court via video-link from his cell in Silivri on the city's outskirts, said he had lost faith in a fair trial.

"Considering a fair trial is no longer possible under these circumstances, I believe it is meaningless for me to attend the upcoming hearings and present a defence," he said.

"It is impossible to predict what will happen in this sham process. Kavala should be released on Friday," said Emma Sinclair-Webb of Human Rights Watch in Turkey.

"If he is not, Turkey faces the prospect of being notified of infringement proceedings, spelling a deepening crisis at the Council of Europe level," she told AFP.

In an interview with AFP this month, presidential spokesman Ibrahim Kalin refused to speculate on the outcome of the infringement procedures.

"I hope they (the Council of Europe) take all the facts into consideration and respect rule of law in this country... when they make a decision," he said.

Speaking to AFP from his jail cell last month, Kavala said he felt like a tool in Erdogan's attempts to blame a foreign plot for domestic opposition to his nearly two-decade rule.

"I think the real reason behind my continued detention is that it addresses the need of the government to keep alive the fiction that the (2013) Gezi protests were the result of a foreign conspiracy," Kavala said.

He was acquitted of the Gezi charges in February 2020, only to be re-arrested before he could return home and thrown back in jail over alleged links to the coup plot.