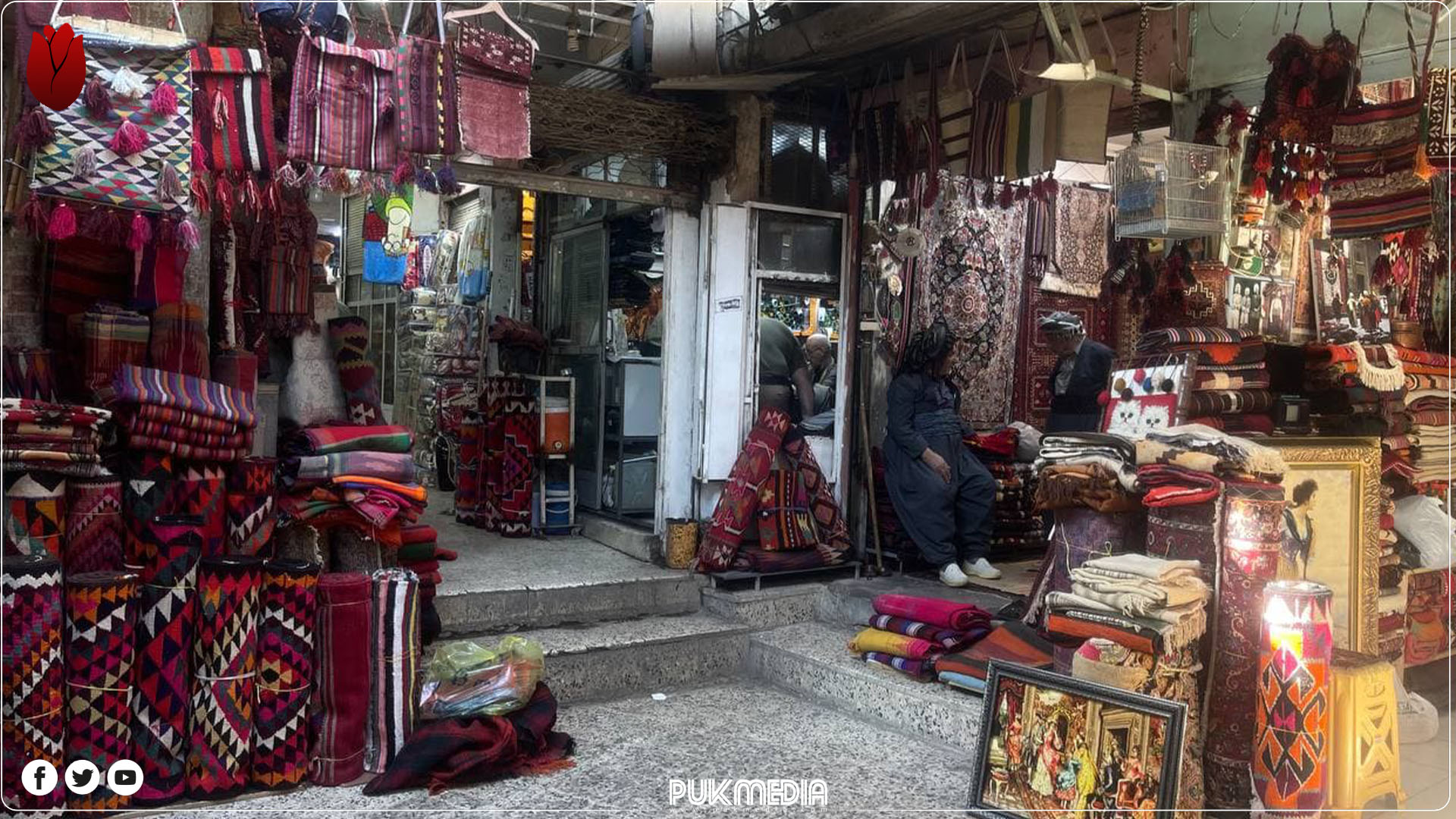 One of the rugs shop in Slemani. (PUKmedia/ Shad Ibrahim)

Slemani's rug market is one of the old markets of the city that has been there for over 80 years.

You can find cultural and traditional Kurdish Jajims (type of rug) and rugs.

The market had many shops in the past years, but now there are only three shops left that cell the traditional rugs as the profession is fading.

The 87-year-old shop owner Aziz Mala Rasul has one of the few remaining shops. He has been in the business since childhood.

"In the past years, this market had only sold Kurdish rugs and Jajims, all of which were made locally, but it has recently changed and only three shops are now left," Rasul said.

Rasul says that he will continue his business as much as he can to introduce the people and tourists to the Kurdish culture.