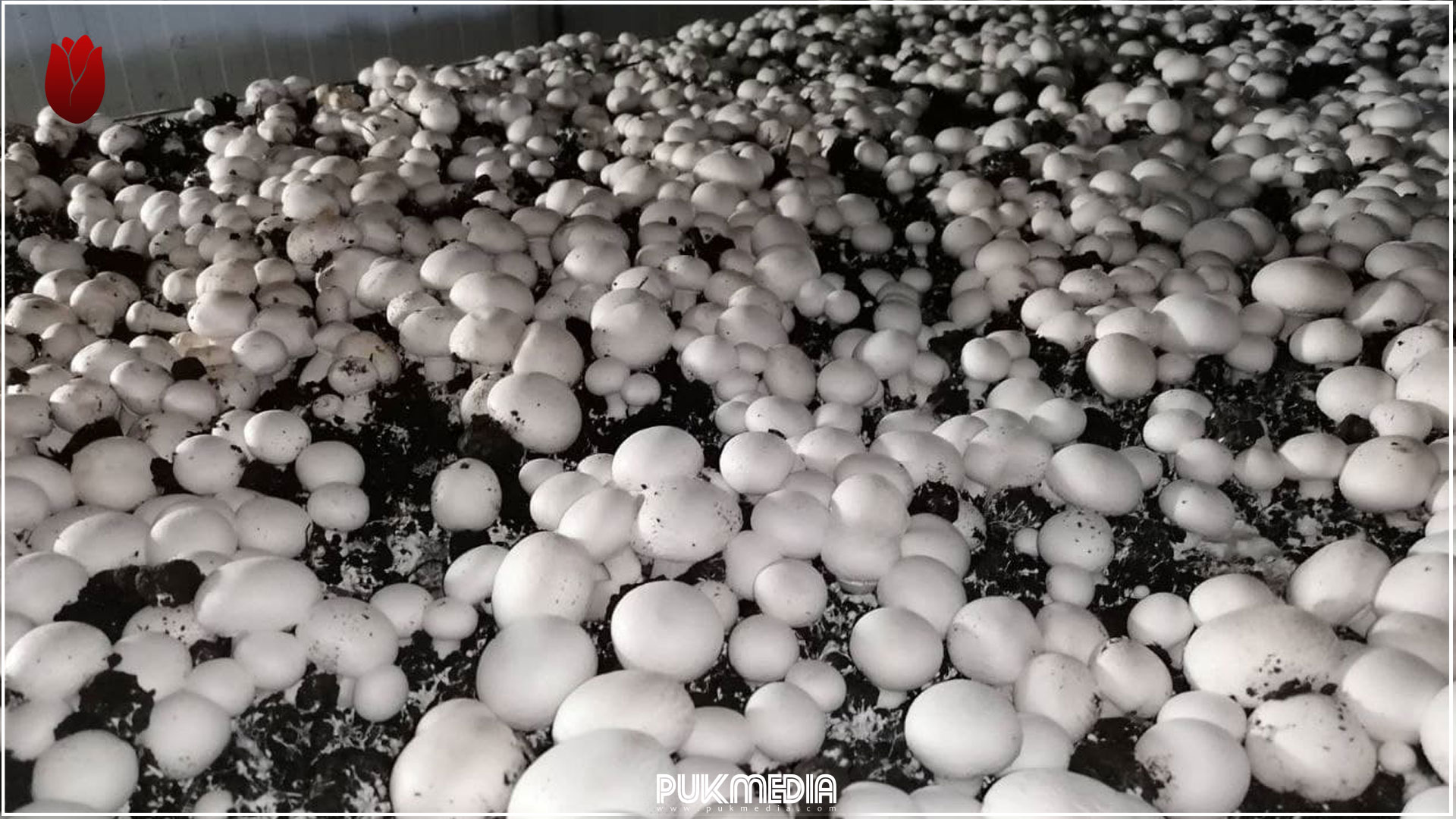 A mushroom factory in the Penjwen district of Sulaymaniyah has provided job opportunities for many young people in the area.

The owner of the factory aims to increase mushroom production in the future, to provide more job opportunities for unemployed young people who strive to secure a future for themselves.

Sarwar Kadhim, the supervisor of the mushroom factory, told PUKmedia that they use the compost method to grow mushrooms.

"Our factory is the largest factory in Sulaymaniyah province can which can produce more than 2 tons of white button mushrooms to the markets daily," he said.

The factory was established 8 years ago. It has provided job opportunities for over 50 people since then, according to Kadhim.

"Mushroom production needs a suitable climate, a temperature between 22 and 28 degrees Celsius, as well as an 84% humidity rate, especially in the first two weeks," Kadhim added.

"Each bag of mushroom need 35 days to grow. The mushroom we produce is a world first-class commercial mushroom," he said.

At first, the factory had only 8 halls for producing the mushrooms, but the number has doubled since its establishment.

The clean mushrooms are then healthily put inside plates. Each plate contains 400 grams. After that, the mushroom plates are then placed in freezers for 4 hours at 4 degrees Celsius to stop their growth.

The prepared mushroom plates are then brought out to be labeled with production and expiration date to later be marketed.

So far, 8 mushroom factories have been established in the Kurdistan Region, which fills most of the local needs.

As part of the revitalization and rehabilitation of the agricultural sector in the Kurdistan Region, the Ministry of Agriculture has put taxes on the imported mushroom products to promote marketing of the local products.

Penjwen district witnesses an annual increase in the rate of mushroom production because of its climate, which is appropriate for growing mushrooms.