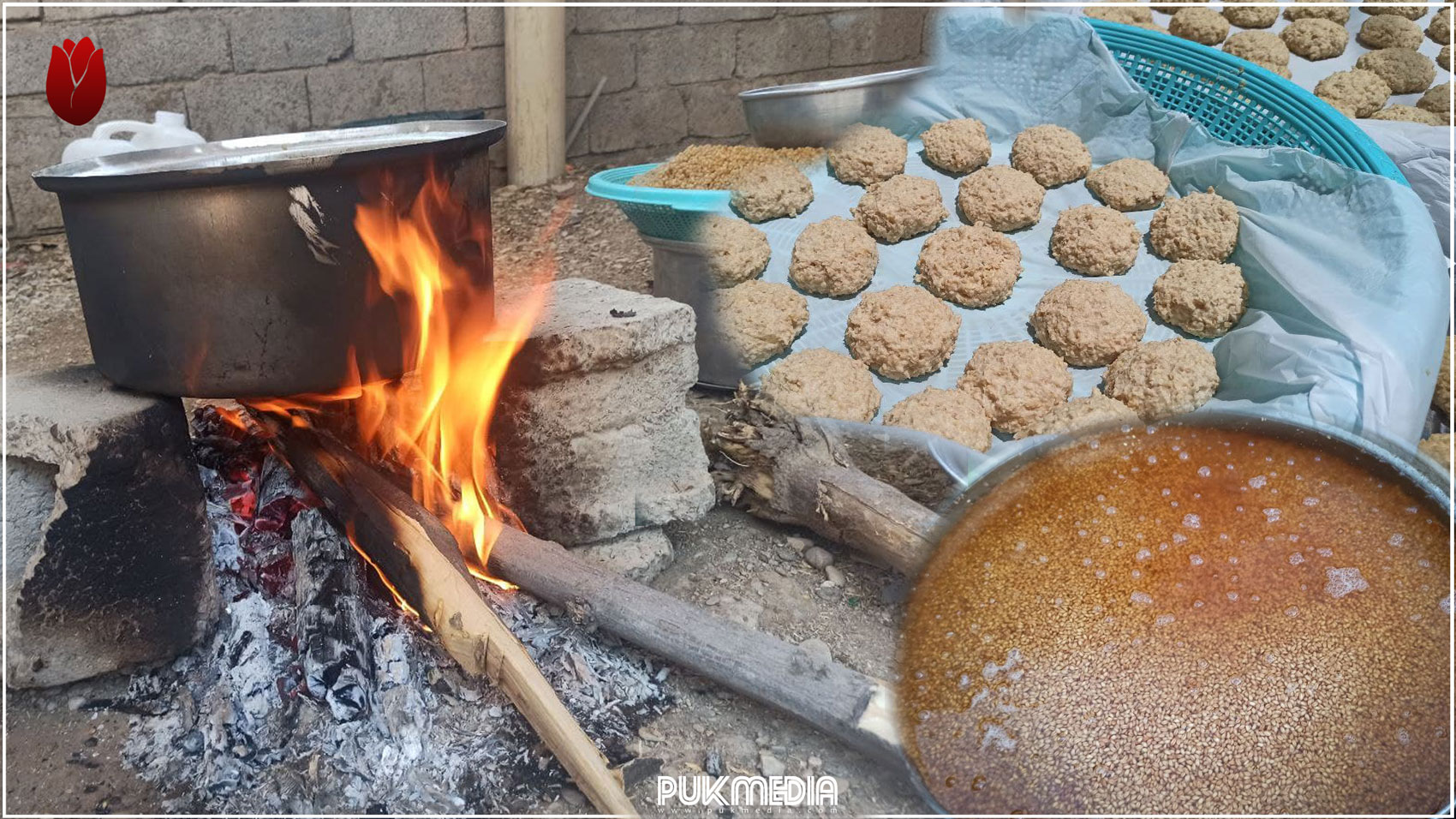 Authentic Kurdish cuisine are very special for Kurdish people as it is a part of their beautiful and historic culture.

Foods such as Doina, Sawer, Qarakharman, and others are very common and special for Kurdish people to serve on tables.

Kurdish cuisine, especially Doina, is the most famous food in Sharazur district of Sulaymaniyah as the people of this area consider this food as an important part of their daily meals.

During PUKmedia's journey through Sharazur, we have come across a Kurdish lady who makes one of the most famous and tasty Kurdish dishes which is what is called Doina in Kurdish.

"We have been making authentic Kurdish foods during summer seasons for more than 20 years, some of which are stored for winter, such as Doina, Qarakharman, Sawer, Tarkhena, and some other foods," said Jahan Hussein, an old woman from Sharazur district.

"Doina is one of the foods made during summers, but it is mostly prepared during winters," said the lady who was busy making the food.

The cuisine is prepared by boiling wheat grains and then dried in the sun and some more process which Hussein has explained to us.

"The wheat grains are washed first, after that we boil the washed wheat and then put them under the sun for two days until the wheat is dried," Hussein said.

"After that the boiled wheat grains are taken to a miller for grinding, and then a paste is prepared by mixing the grinded wheat with a thick Do (Kurdish word for doogh which is a cold savory yogurt-based beverage) in a bucket and then left for five days or a week," she added.

Do is a cold savory yogurt-based beverage, popular across Western Asia, Central Asia, South Asia, Southeastern Europe and Eastern Europe. The principal ingredients are yogurt, water and salt. It gives a sour taste to the Doina dish.

"After a week, the paste is then put under sunlight to dry and then it will be ready to eat," said Hussein.

The drying process is to preserve the food and prevent it from getting spoiled. The dried Doina is later used in preparing hot dishes that give high percentages of energy. It is the kind of food that when you eat, you won't crave anything for a day.

Reported by Muhammad Abdulrahman from Sharazur, Edited by Hiran
PUKmedia 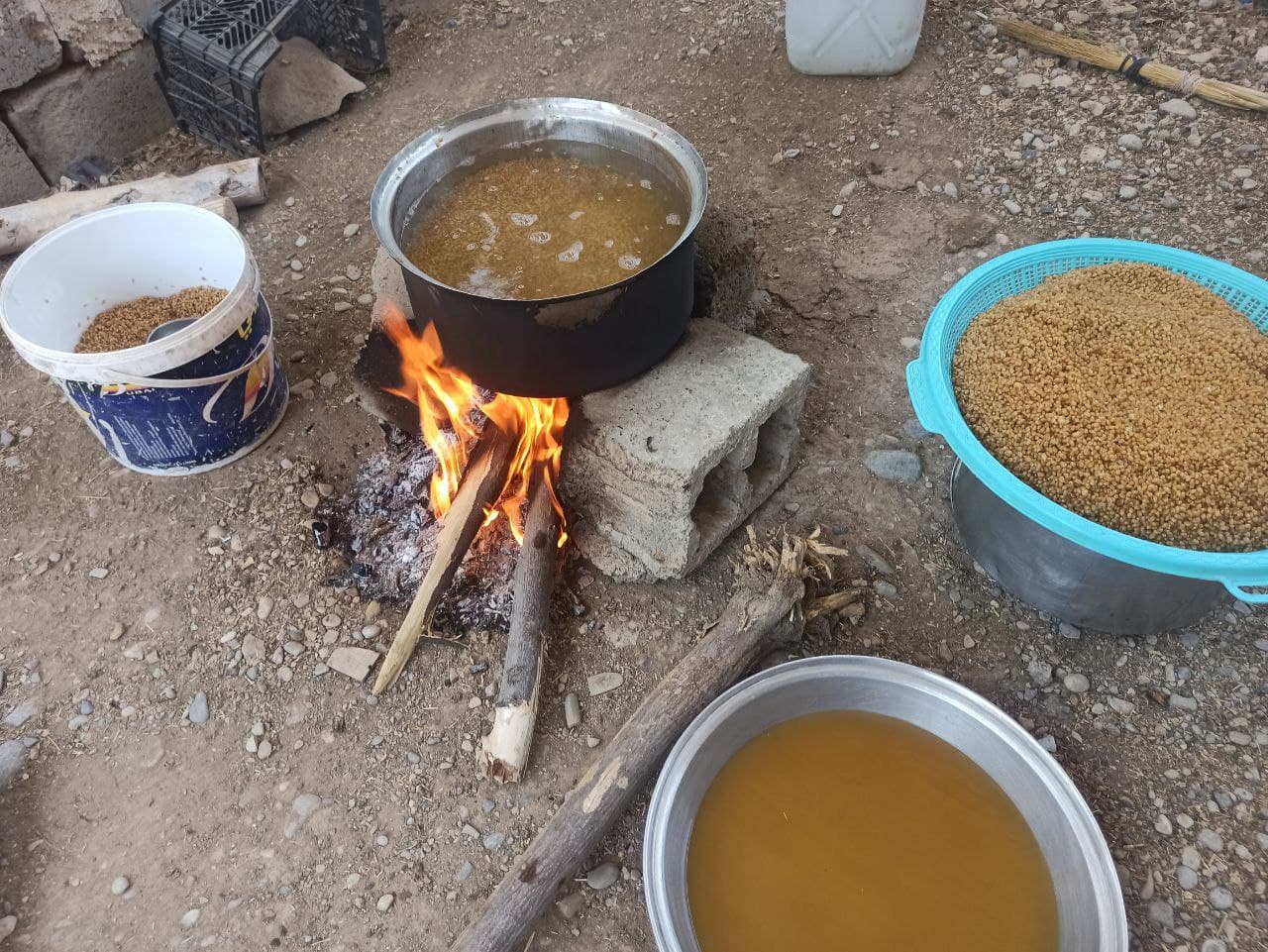 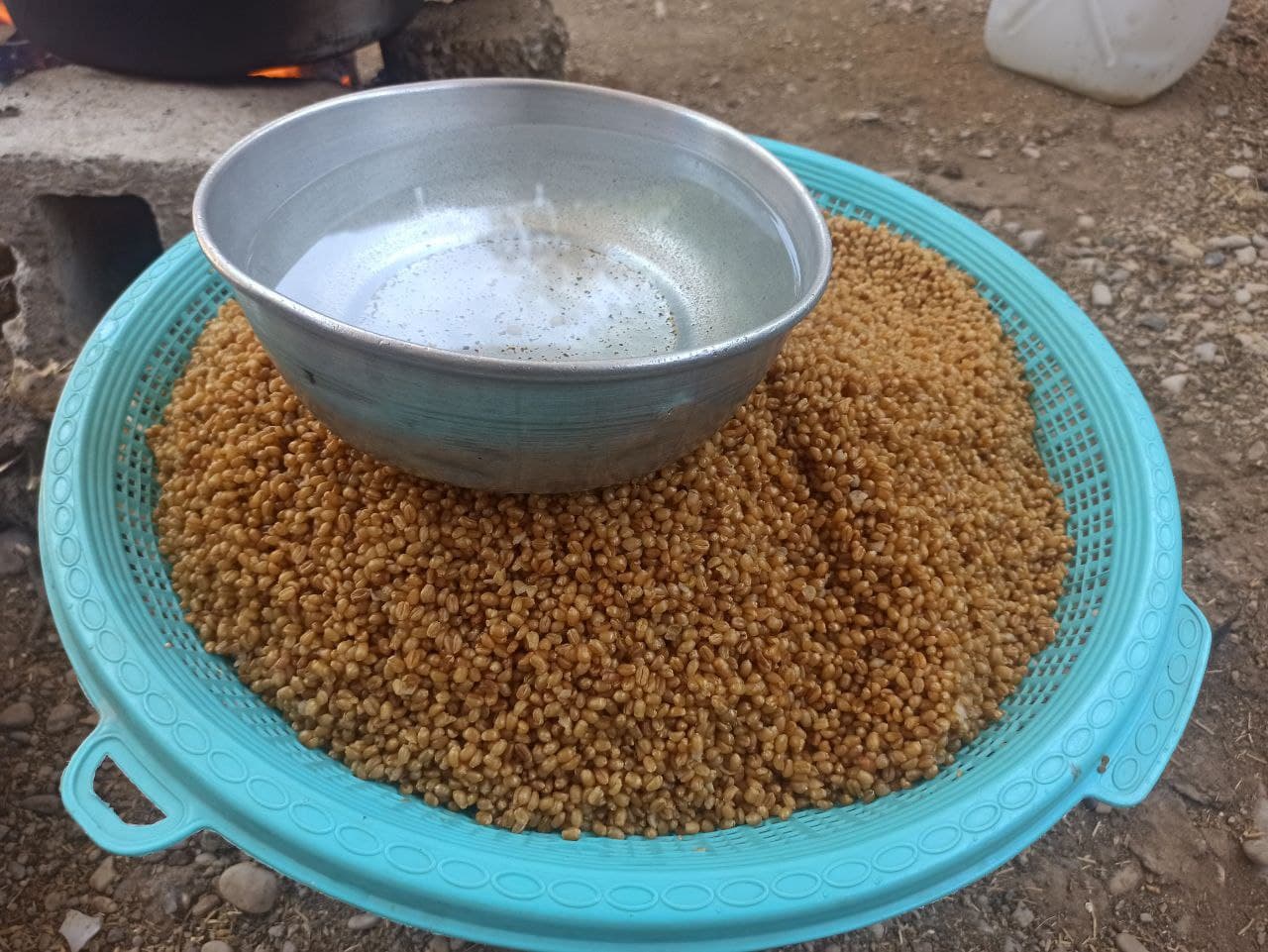 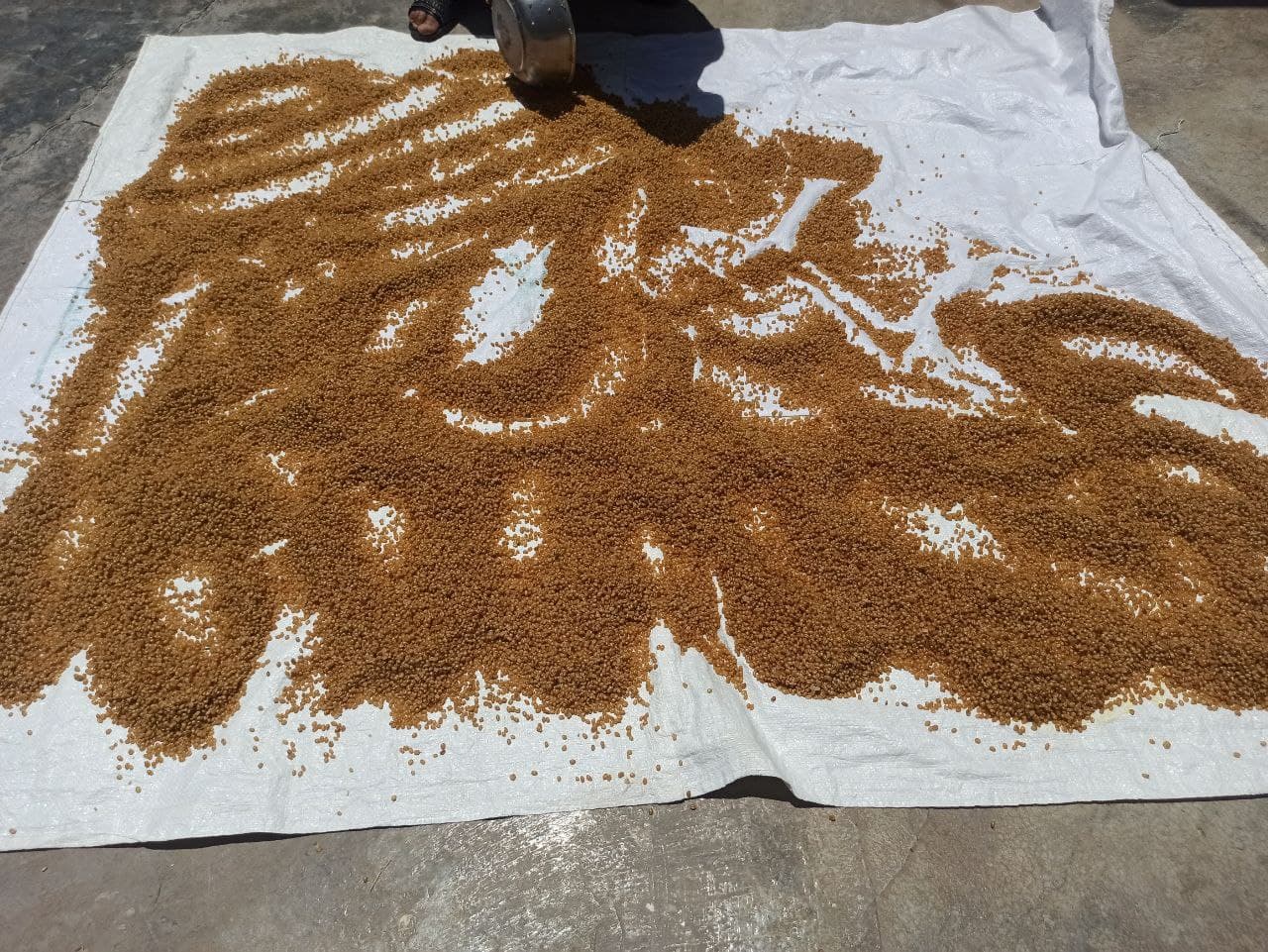 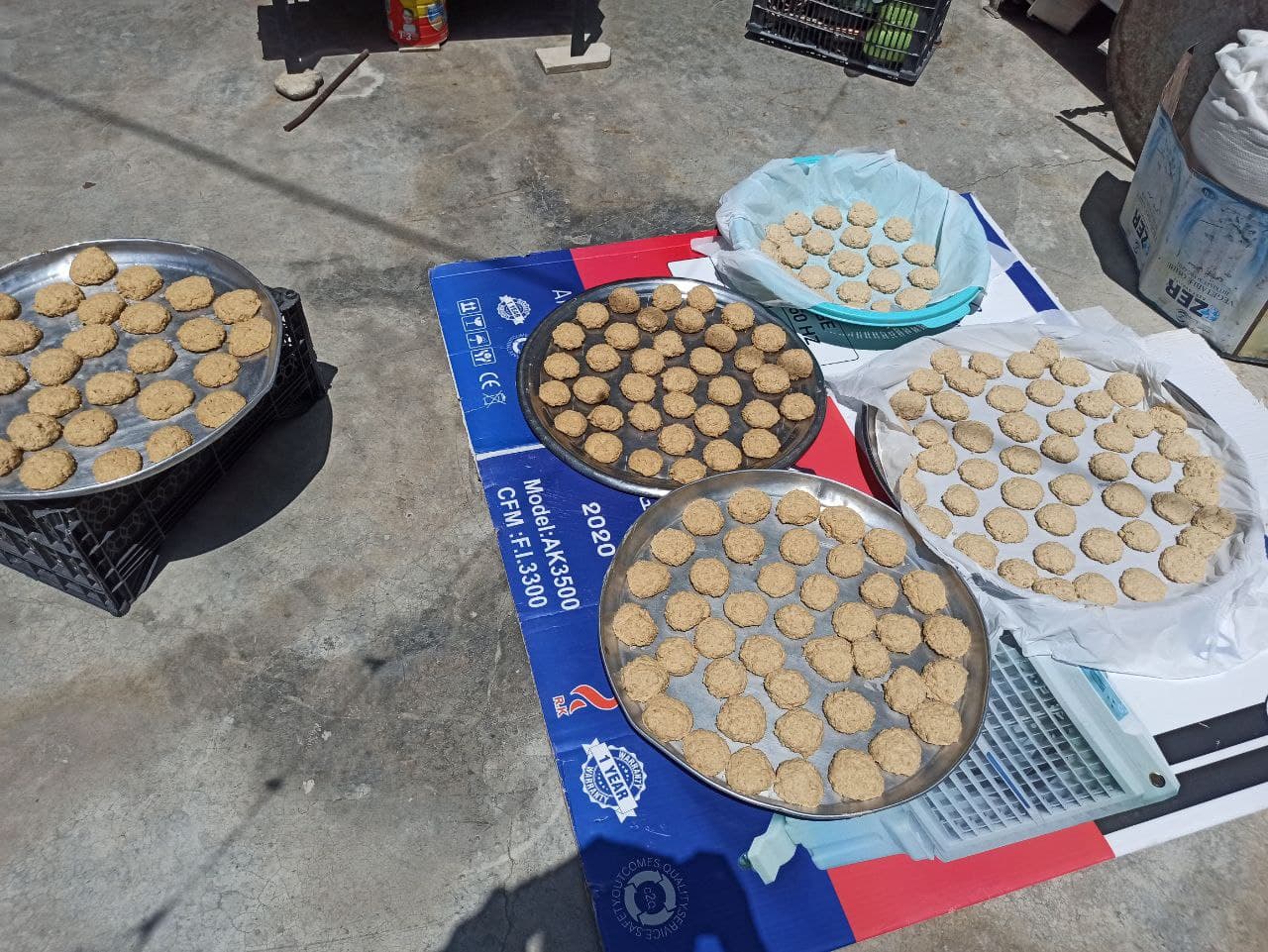 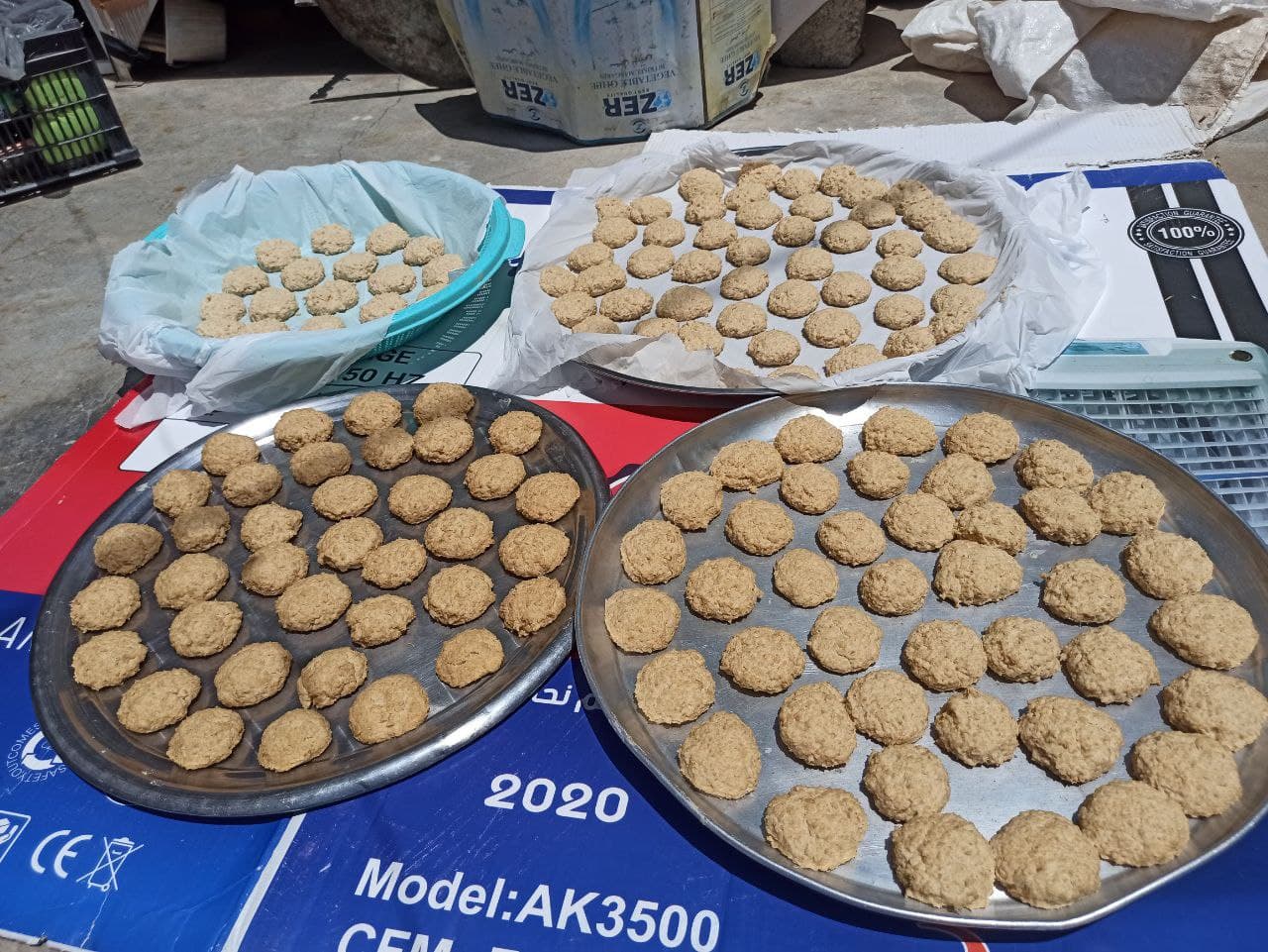 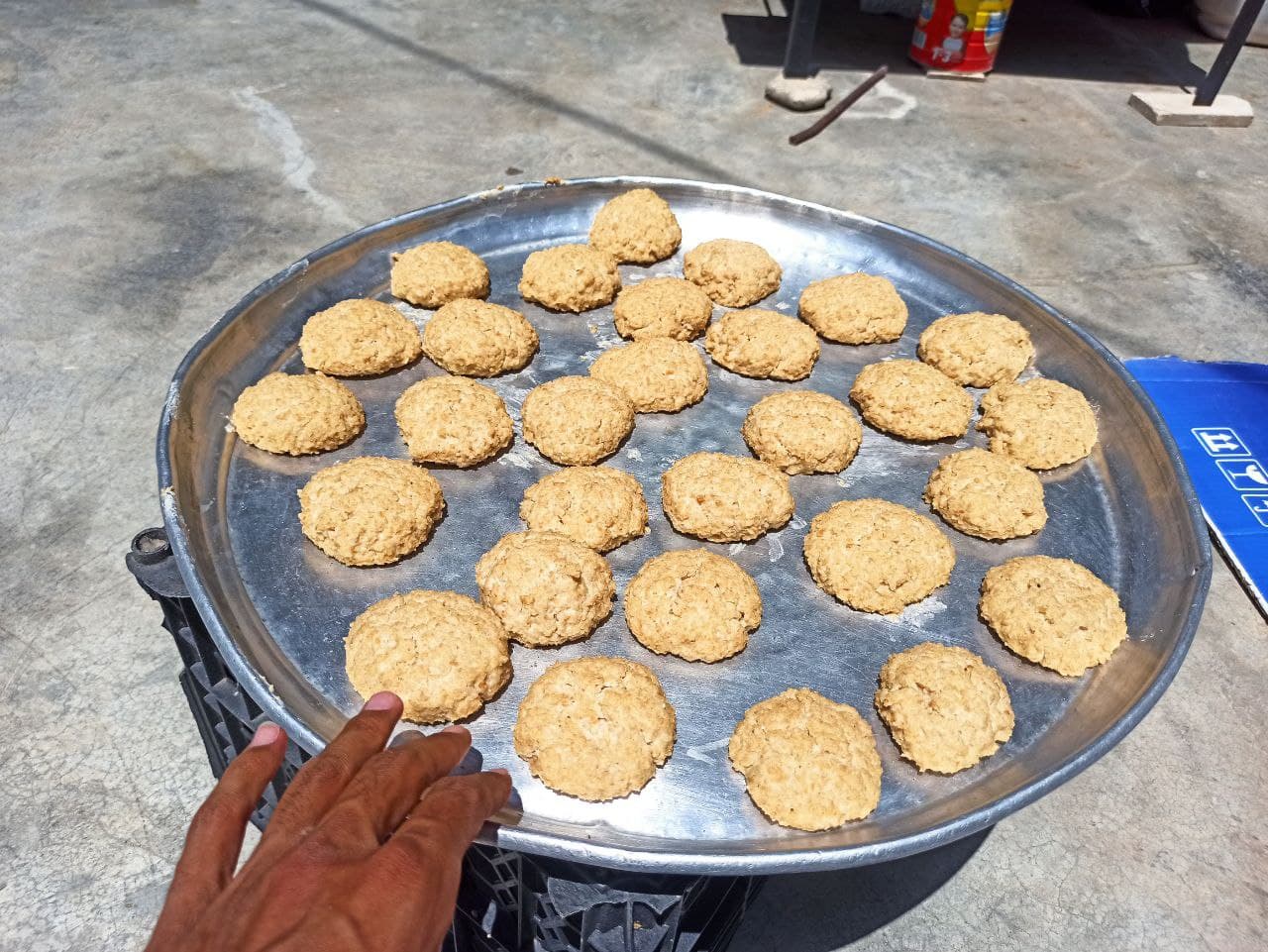